What I like most about the Frost/Nixon interviews is that we got to see the inner side of Richard Nixon. He was very protective about his personal life and his feelings. But David Frost got him to open up a little bit and perhaps President Nixon wanted to open up as well. And you got to see in this first interview Dick Nixon giving a little about what his philosophy on life is. And what makes people happy and how he feels about these issues.There wasn’t many times in Dick Nixon’s public life at least where we got to see him as the man. And not as a politician or president and that is one reason why the Frost/Nixon interviews were a success. Because Frost brought out Nixon the man in these interviews as we got to see him purely as a human being. 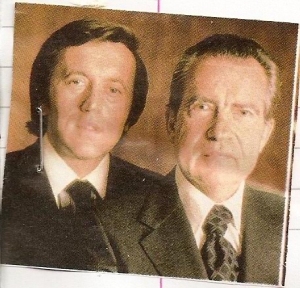