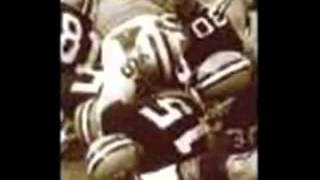 “Al Pacino – Any Given Sunday – Peace by Inches”

“How to Fight Back!!!!
Any Given Sunday speech by the Legend Al Pacino. Brilliant delivery of Dialogues.” 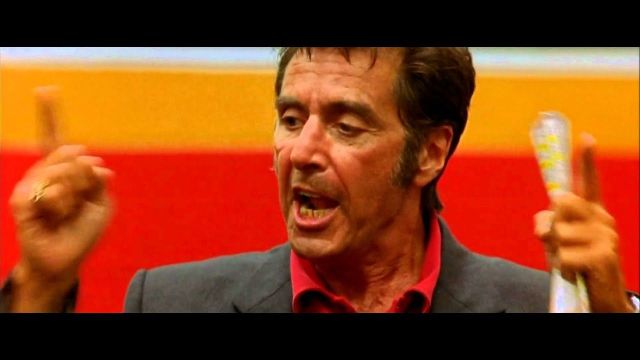 Al Pacino from Any Given Sunday playing Miami Sharks head coach Tony Damato (which I believe was the name of his character) explaining to his football team that life isn’t just a game of inches, but football is as well. And that every inch and every play is important and can end up being the difference between losing a game and winning the game. And the most important games are where each play in the game are that much more important: “What if I only made that tackle, or made that block, or made that catch, saw that defender before I threw the ball and get it picked off.”

Life and football perhaps especially is a game of inches and plays. Not one inch, or one play, but you add them all up and they become crucial. And the bigger the game is, or the situation in life, the better you have to play and the fewer plays you are able to take off. Because every mistake and come back and bite you in the ass and leave asking a bunch of what ifs. Which is why you have to play every play like it is not just important, but crucial. The difference between winning and advancing and losing and going home. And that was Tony Damato’s message in this scene.