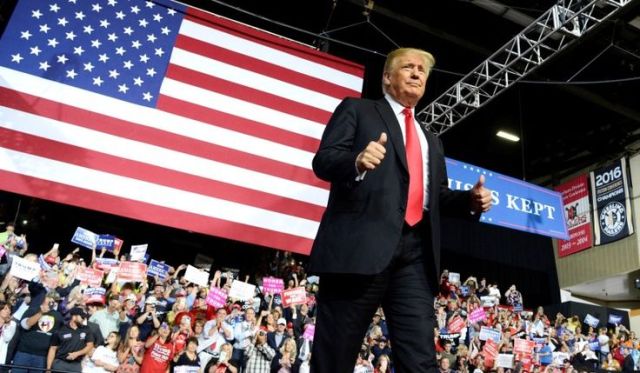 I think Kevin Williamson nails what a Nationalist is in this paragraph here:

“To the extent that 2016 vintage nationalism has produced a policy agenda at all distinguishable from the old Republican stuff, it is anti-capitalist and anti-liberal: in favor of trade restrictions and suspicious of big business, especially banks, anti-immigration, anti-elitist, longstanding tendencies to which American populists from William Jennings Bryan to George Wallace and Ross Perot have been stubbornly attached. That these represent an orientation toward the actual national interest is not obvious: Tariffs function mainly as a sales tax on American consumers and as a crutch for certain U.S.-based firms that wish to be protected from foreign competition. There is more to a nation than its economy, but markets are national institutions, too, and far from the least important of them. Hostility toward these does not serve the nation, even if it serves the interests of some of the nation’s people.”

“Nationalism is a political, social, and economic ideology and movement characterized by the promotion of the interests of a particular nation,[1] especially with the aim of gaining and maintaining the nation’s sovereignty (self-governance) over its homeland. Nationalism holds that each nation should govern itself, free from outside interference (self-determination), that a nation is a natural and ideal basis for a polity,[2] and that the nation is the only rightful source of political power (popular sovereignty).[1][3] It further aims to build and maintain a single national identity—based on shared social characteristics such as culture, language, religion, politics, and belief in a shared singular history[4][5][page needed]—and to promote national unity or solidarity.[1] Nationalism, therefore, seeks to preserve and foster a nation’s traditional culture, and cultural revivals have been associated with nationalist movements.[6] It also encourages pride in national achievements, and is closely linked to patriotism.[7][page needed] Nationalism is often combined with other ideologies, such as conservatism (national conservatism) or socialism (socialist nationalism) for example.”

Let’s be clear: ( to paraphrase Bernie Sanders ) nationalism and patriotism are not the same things. A Patriot is someone who loves their country and what it stands and what the people stand for and believe in. The national values that his or her country believes in. A Nationalist or Tribalist loves their corner of the store ( so to speak ) their faction of the country, the people that they share common political, cultural, religious, ethnic, and racial values with. People who look, talk, act, have a similar if not identical lifestyle as they do. Donald Trump, is not a Conservative or a Patriot: he’s a Nationalist and if there is anything at all you can that you can take his word on it’s that he’s a Nationalist. He’s proven that ever since he not just started running for President back in 2015, but you could go back to 2011 when he championed the birther movement.

If Donald Trump loves anyone other than himself, it’s his family ( perhaps not his wife ) but I’m willing to grant that he actually loves his kids. And perhaps he loves his voters and supporters in the media that basically serve as his Office of Propaganda and the Trump Information Agency. What’s called Fox News is the closet thing that we’ve ever had to state-run media in America and hopefully we never any closer to that. But Donald Trump doesn’t love America and what America stands for. He doesn’t see America as the beacon on the hill the shining city on the hill. ( To paraphrase Ronald Reagan ) He doesn’t believe in pluralism, liberal democracy, checks and balances. He believes that he can do whatever he wants simply because he’s Donald Trump and the President of the United States. Which is how we know that he’s not a Conservative and even a Republican at least in the sense as someone who believes in Republicanism.

“At a rally for Sen. Ted Cruz in Houston, President Trump said a “globalist” is a person “who wants the globe to do well, frankly, but not caring our country so much.” He went on to say there is an “old-fashioned” word that he embraced: A “nationalist.”

Source:CBS News: President Donald Trump- ‘You Know What I Am? I’m a Nationalist– President Trump: in Houston, Texas in 2018