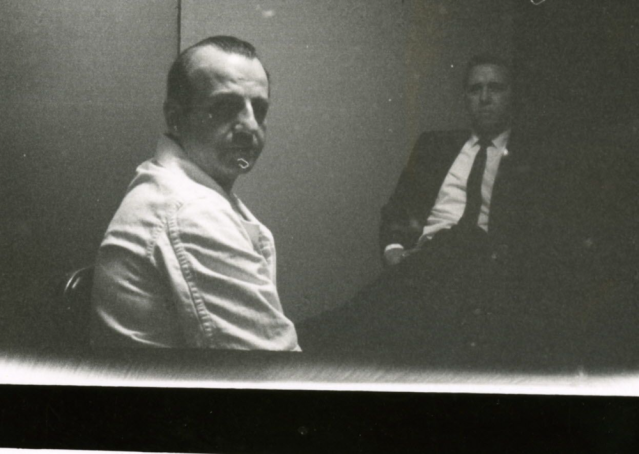 “Jack Ruby has a story he would like to tell you. It’s a familiar one, achingly so. But more than likely, you have never heard it told this way — by the man himself, in the words of the nightclub owner, the assassin of the assassin. And, better still, they are in his own handwriting.

The outline, told to the Warren Commission and, later, a Dallas jury, remains the same; so, too, the names dropped like water out of an overfilled bucket. Mourning at Congregation Shearith Israel, visiting with Rabbi Hillel Silverman. Ordering sandwiches from the namesake of Phil’s Delicatessen on Oak Lawn. Calling Gordon McLendon, owner of radio station KLIF, and his DJ Russ Knight, better known as The Weird Beard. Getting District Attorney Henry Wade to go on the radio hours after President John F. Kennedy was shot to death in Dealey Plaza.”

From the Dallas News

“Portions of an interview with Jack Ruby, recorded at Parkland Hospital in Dallas, Texas, on December 16, 1966, which was just 18 days before Ruby’s death. 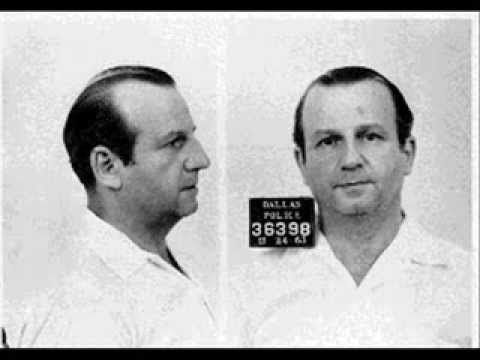 “Churchill said “Want of foresight, unwillingness to act when action would be simple and effective, lack of clear thinking, confusion of counsel until the emergency comes, until self-preservation strikes its jarring gong – these are the features which constitute the endless repetition of history.”.
And so, sadly, JFK died in vain, and the consequences are still unfolding, to this day.” 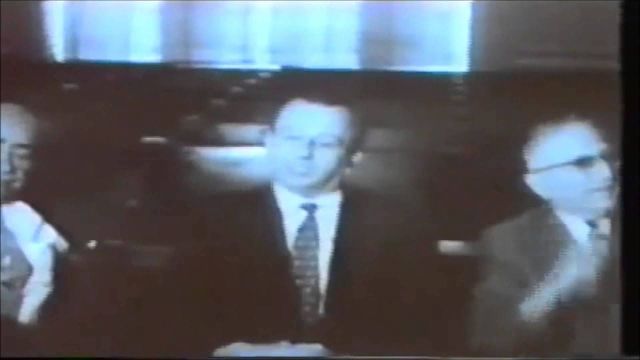 “Jack Ruby, the Dallas nightclub owner who shot Lee Harvey Oswald on live national television two days after the assassination of President John F. Kennedy, is profiled by those who knew him: brother Earl Ruby, Dallas Morning News columnist Tony Zoppi, entertainers Breck Wall and Joy Dale, and Dallas Police Officer W.E. “Rusty” Robbins. The video includes actual footage from KRLD-TV’s coverage of the shooting and a snippet from Ruby’s Carousel Club. It was produced as part of a 2010 Collections Spotlight exhibit at The Sixth Floor Museum at Dealey Plaza that highlighted collections relating to Ruby, including the iconic grey fedora Ruby was wearing when he shot Oswald.” 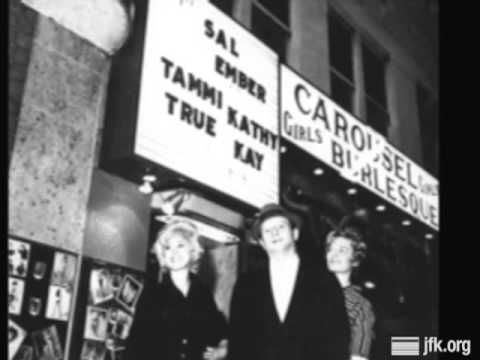 From the Sixth Floor Museum

This is from a video where Jack Ruby is talking about killing Lee Harvey Oswald. Apparently Ruby calculated and believed that he wouldn’t be prosecuted or blamed for killing the man who assassinated President John F. Kennedy. But he obviously made a serious miscalculation here. 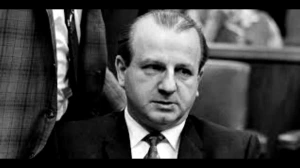 Source:JFK Assassination– the video is apparently no longer available.

The only tragedy I believe of Jack Ruby killing Lee Harvey Oswald, is that if destroyed a possible great opportunity to figure out how many people were involved to assassinate President John F. Kennedy. Was it just Lee Oswald that was part of this murderous plot, or did he have help from Dallas organized crime factions and perhaps the Italian Mafia in America. That is the real crime that Jack Ruby is guilty of, at least as I see it. I don’t see Oswald being killed as a tragedy in any other sense. I don’t enjoy seeing people being killed, but was Oswald was garbage and he assassinated a U.S. President.

I don’t think it is a stretch to say that since Lee Oswald was killed by someone with organize crime factions and if anything a mobster himself who works with Italian and Jewish mobsters, that he was also put up by the Mafia to assassinate the President. And that since he was caught in the crime, that now he’s a threat to bring down the people who put him up to the assassination. Because he has his own life to save and doesn’t want to take the fall for this murderous plot all by himself.

The problem that I have is that I just have a theory, an educated theory, but still a theory. And one person that could’ve shed light on this was killed himself, before he had much of an opportunity to share with the rest of us, was he meaning Oswald alone in this. Or did other people put him up to it and paid him to do the operation and financed the assassination themselves.