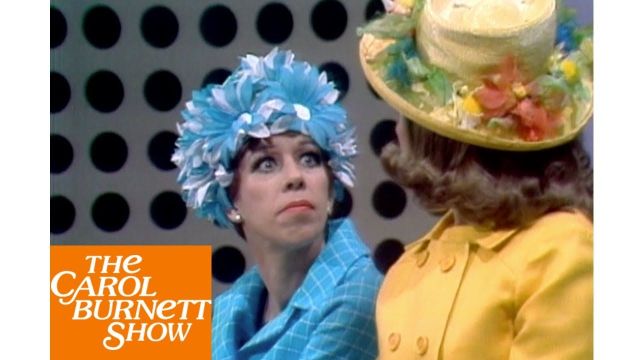 “Walter Windrum’s Wonderful World of Women welcomes the wives of rival politicians, who wind up in a major cat fight!”

From The Carol Burnett Show

At risk of sounding sexist and chauvinistic (to politically correct candy-asses) if only American voters knew who the wives of politicians were really like, then maybe American politicians wouldn’t seem less popular than telemarketers, trial lawyers, spam callers, and bankers.

The political wives husbands could say: “I might be a crooked asshole whose never made a decision without taking a poll first or seeing how much money I could raise off it first, but look at my wife! You really think I’m that bad: how many times have you seen me dump coffee on my opponents, or pull their toupees off?”

American voters or at least the 125% or so of the voting public who aren’t too busy staring at their smartphones and computers, or looking at reality TV or spending all of their time at coffee houses, who actually have some idea who they’re voting for before they vote for them and don’t just vote for someone because they have the same I-phone, or listen to the same music, those rare breed of American voters who actually cares about American politics and government might say: “Hey, our politicians might suck, but look who voted for them and it could be helluva lot worst: their wives could be in office instead.” Or at the very least that’s the message I get from this great Carol Burnett skit.

Blogger on everything that interests me and that I'm knowledgeable about.
View all posts by Derik Schneider →
This entry was posted in Carol Burnett and tagged America, Carol Burnett, CBS, Comedians, Comedy, Harvey Korman, Hollywood, Political Comedy, Political Humor, Political Satire, Satire, The 1970s, The Carol Burnett Show, United States. Bookmark the permalink.