Posted on September 12, 2015 by Derik Schneider 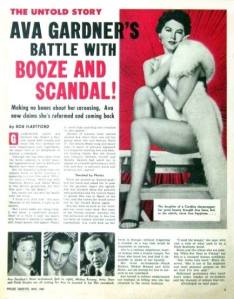 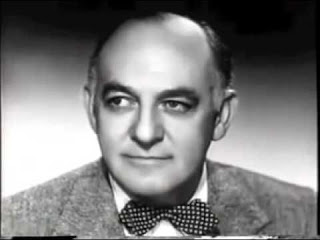 Ava Gardner, was a true real-life Hollywood Goddess. And what I mean by that is that she couldn’t, or didn’t separate her onstage character and he she wanted to be seen onstage with the person she was offstage and in private life. Was she a great actress, or a great real-life character who played herself in her movies and offstage?

If she was a great real-life character instead then she didn’t need to be a great actress to play herself in all of her parts. Because all she was doing onstage was being herself. Her roller coaster up and down almost rock and roll wild life was a movie and a character in itself. She didn’t need any practice to play herself in her biggest movie role of her life. The Life of Ava Gardner, which no one could play as well as she did.

One thing that she had in common with The Lizard King Jim Morrison is that she lived life once and lived it her way. The attitude being that you only live one and you’re only going to get on crack out of life. So you might as well live it your way and get everything out of life that you can and try to enjoy as much of it as you possibly can. All of the men, all of the partying and drinking, even if it makes you age faster than had you bothered to take care of herself, you still only live once. So you might as well as enjoy it as much as you possibly can.

Ava Gardner made it to 67 and Jim Morrison died at 27, but if Ava was taking cocaine and perhaps other narcotics to go with the alcohol and does that in her twenties she doesn’t have the long great career that she did.

Ava Gardner, is one of the hottest, cutest and sexiest Hollywood Goddess’s of all-time. As well as one of the best actress’s and even with the lifestyle that she lived, similar to Rita Hayworth she was so great and did enough to make sure she was around to have a long great career, even if her life wasn’t that long considering she dies before she’s 70 when he was still active and working.

Had Ava took care of herself, she might still be alive today. But again when its your life to live as you please as long as you aren’t hurting any innocent person it is really up to you how long and great of a life that she did. Ava wasn’t about longevity, but a quality when it came to life and she lived it her way.

Blogger on everything that interests me and that I'm knowledgeable about.
View all posts by Derik Schneider →
This entry was posted in Hollywood Goddess and tagged A.J. Benza, America, Ava Gardner, Ava Gardner's Career, Ava Gardner's Life, E, Entertainment, Hollywood, Life of Ava Gardner, Mysteries and Scandals, Sex Goddess, Sexy Women, The 1950s, The 1960s, United States. Bookmark the permalink.