The New Republic: Opinion- Bryan Mealer: The Struggle For a New American Gospel 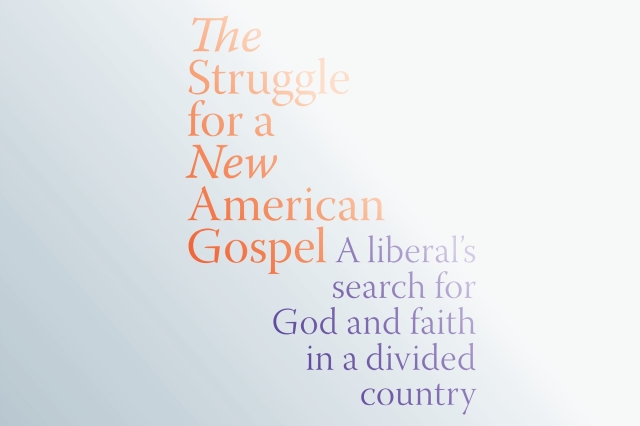 As someone who grew up in an Atheist family where both my father and mother were Atheists at least when I was growing up, I believe Mom is more of an Agnostic now, but Dad if he could would probably outlaw religion and has more of a communist view of it, I’ve never been very religious at all. I grew up with hardcore Atheists during a time when the Christian-Right was becoming very powerful in America politics at least within the Republican Party and with Democrats who represent a lot of fundamentalist Christians, so I grew in Maryland just outside of Washington in the 1980s and early 1990s and got to see both fringes when it comes to religion in America.

But because I come from Atheists and have seen what religion looks like from the other side, I’m not in love with either camp and I’m not religious, but I’m not ready to say God doesn’t exist and religion in itself is a bad thing. As a Liberal if there any religious values I believe in it’s do unto others what you would do to you. Meaning treat people the way you want to be treated. And if that’s not good enough for you there’s always a backup plan which is treat others the way they treat you. If someone is a jerk ( to be kind ) to you, you can be a jerk to them. But don’t be a jerk just because you want to be a jerk, or you are a jerk and if you are a jerk, reform your ways and learn how to treat people properly.

The other religious value and this is I believe probably best liberal value out there along with free speech and racial and color blindness is live and let live. Meaning you make your bed in life and live with the consequences and responsibilities from making your own decisions, but you let others do the same thing and don’t try to micromanage people especially adults. Which gets to the last reason I’m not religious which is you don’t see religions that tend to believe in these things even from the Left. From the Right all you basically get now a days at least from what’s reported is that homosexuality, women’s liberation, personal freedom and individualism in general are ruining America. From the Left, you just get a lot of social democratic propaganda that for a government to be moral it must take care of the poor and that somehow being wealthy is some type of sin.

If there were or is and perhaps someone who is smarter than me when it comes to religion knows this better than me, but if there is a religion that preaches the liberal values that I just mentioned before, even though I don’t believe in God, I could probably get into that religion myself and at least want to check out that house of worship and hear preachers talk about the value of live and let live, do unto others what you would do to you, racial and ethnic tolerance and not just for minorities, but for all people all races and ethnicities, as well as traditional religious values like helping the needy help themselves through charity.

Source: History: The First Amendment- Freedom of Religion in The United States– Thomas Jefferson, one of our Founding Liberals