Politics and Prose: Caitlin Moran- ‘How To Be Famous’ 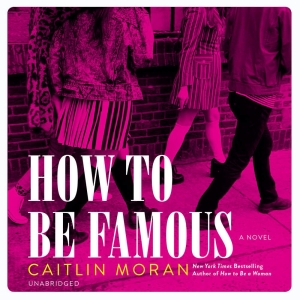 Source: Amazon– All you need is a computer or smartphone, to become famous in America.

I’ll be honest with you for at least a second, ( before I go back to making an ass out of myself ) I haven’t actually read this book. I haven’t even heard of Caitlin Moran until last week or the week before, whenever I first saw the video of her at Politics and Prose. Which is probably my fault and as a blogger perhaps I should’ve known about her by now. Even if I do live three-thousand miles away from her in Washington with her living in London. But with celebrity, reality TV, tabloid culture being so prevalent in America and I’m sure Britain as well, this is the right title for this piece and what I’m going to write about here and hopefully it has at least something ( hopefully a lot more to do ) with what Caitlin Moran is talking about here. 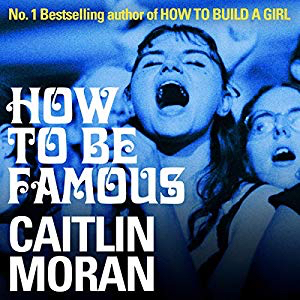 Source: Penguin Books– Not that difficult thanks to the internet and social media

Thanks to the internet and social media, stupidity running rampant to America that it could probably now viewed as a crisis in this country and so many Americans at least being so superficial where the superficial in life dominates their lives and seems so important to them, with actual important things like the economy, America’s place in the world with a Nationalist as President, rising health care costs, is the President of the United States compromised by a foreign adversary and what did Russia actually have to do with our 2016 elections and if I go on with what is actually important unlike what rehab facility Lindsay Lohan is staying at right now or what nightclub Khloe Kardashian got kicked out of, but if I kept talking about what is actually important I might put everyone else asleep.

But because of our current internet and celebrity media culture and with stupidity being on the rise, becoming famous in America is actually very easy now. If you catch major car accident or an attempted mugging let’s say on your i-Phone and then make it public or someone else somehow knows that you have that footage, not only will law enforcement want to see that footage, but they’ll want to talk to you about it and the local media and perhaps even the national media, CNN picks up a lot of stories like this in the middle of the afternoon with a bystander getting footage of important local events simply by being there and having a smartphone with them

Unknown people have become famous simply by getting kicked out of events and making a complete asshole out of themselves with someone getting footage of that and then media being interested in that and wanting to talk to the person who made an asshole out of themselves and perhaps is just an asshole altogether. Being stupid is considered cool in America especially with Millennials who view the superficial and must need-to-know information, with actual important events being “like so yesterday and boring. If I wanted to know about current events and history, I would’ve finished school or stayed awake in it and managed to put my smartphone down for as much as five minutes in class.”

But, if you want to be famous from doing positive and substantive and make a good life for yourself and even contribute in a positive way to society, I believe the best way to be famous is to not try to become famous. Figure out what you want to do with your life professionally, what you’re good at and have good skills at and not just be the best that you can be at that profession, but be great at it, standout from others in your profession. Whether it’s as lawyer, teacher, doctor, whatever it might be. Even if you want to be a professional entertainer in Hollywood, actor or singer or whatever. If professional success is what drives you in life then be as good as you possibly can and fame will take care of itself. Maybe you won’t be famous, but you’ll be successful if you’re good at what you do and are professional at it and don’t make an ass out of yourself.