“Ten years later, people still talk about Jodi Arias and the murder of Travis Alexander. Through exclusive interviews with her former lawyer, a former cellmate, and a rapper who recorded a tribute to her, The Missing Pieces goes deeper into Arias’s story.”

If you look at Jodi Arias who was convicted of murdering her ex-boyfriend Travis Alexander in 2012, if you just look at her on the surface and seeing her for the first time physically, I think you would have a very difficult time believing she could even kill a mouse let alone a grown, healthy, strong, young man. She’s simply too damn cute to play the role of a murderer even fictionally, let alone in real-life. She comes off a a girl who is still in high school and perhaps even younger than that as far as her physical appearance, her voice, and personality. 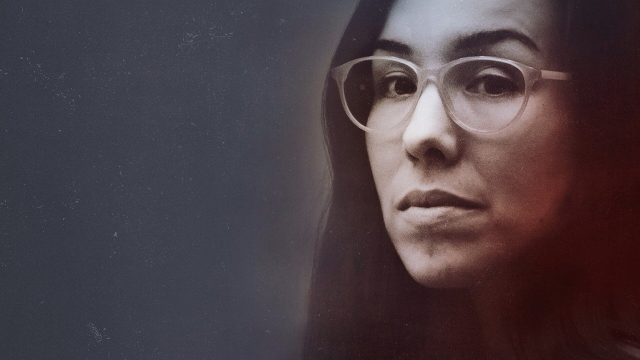 But perhaps the most successful murderers especially serial murderers, are the cutest people doing the murders. Or in Ted Bundy’s case, the handsomeness and most charming, because their victims would never expect them to kill a bug let alone another human being. The ultimate sneak attack which is how Jodi Arias murdered Travis Alexander at his home in 2008. I’m not arguing that she’s not guilty of at least killing Travis and I believe she probably murdered him, just saying that on her surface she looks like one of the last people who could ever kill anyone. But then you get to know her and learn about her personality, it’s not hard to believe that she could kill anyone.

Source: Kevin Clark– Jodi Arias and Travis Alexander, when they were together

As far as her lawyer Kirk Nurmi, who came down with cancer from apparently defending Jodi and trying to keep her from the death penalty, I don’t want to make light of his situation. And I’m not making light here either, but even defense lawyers have a conscience and he must have had a pretty good idea that his client was probably guilty of this crime, but decided to defend her anyway. Even murderers have a constitutional right to an adequate defense, but unless the judge assigns you to the case, you don’t have to take it and you can always asked be to be removed from it and step down.

I don’t want to say lost soul here, but before Jodi Arias met Travis Alexander she really had no idea what she was going to do with her life. Unlike Travis who was a devout Mormon and was making his living as a public speaker and self-improvement speaker. We don’t know what happens to Jodi had she not had murdered Travis and perhaps Travis would’ve dumped her because she did seem to have possessive characteristics and could even be dangerous and violent. Maybe she moves on in life makes something positive of herself or finds another victim. We’ll never know.