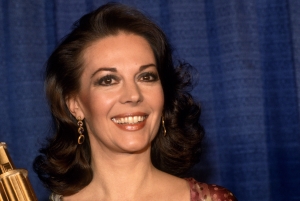 “More than 35 years after the mysterious death of Hollywood star Natalie Wood, the actor’s 1981 drowning has returned to headlines.

On Thursday, responding to interest generated by an upcoming 48 Hours report on the matter, a spokesperson for the Los Angeles sheriff confirmed that new witnesses who have come forward since the case was reopened in 2011 have provided investigators with a different story of what happened during Wood’s final hours. The witnesses’ accounts have prompted Los Angeles Country officials to deem the actor’s death “suspicious” and name her 87-year-old former husband Robert Wagner as a “person of interest.”

“Authorities believe Wagner was the last person to see Natalie Wood alive before she disappeared on Nov. 28, 1981. Peter Daut reports.”

Just before I get into what I believe happened in the death of Natalie Wood, I just want to share some of my personal thoughts about this true Hollywood Goddess, who was both great to look at, as well as one of the best actresses’s of her generation, if not ever. And certainly one of the cutest of not cutest actress’s ever. She’s in the same neighborhood as Liz Taylor and Lana Turner, when you’re talking about adorable women who’ve worked in Hollywood. Died at 43, but probably still looked like early 30s if not much younger than that. Cuter than Marilyn Monroe, Jayne Mansfield, Diana Dors even, as well as being a beautiful and great actress. Damn shame she died so soon and died the way she did which was drowning which must have been terrifying and painful.

I saw the Investigation Discovery documentary about her a couple weeks ago and seen several other documentaries about her life and death and what they showed was that Natalie was hanging out with the real Christoper Walken ( not even a great impersonator of him ) as well as her husband Robert Wagner on their boat just off of Southern California. And Natalie and Chris, were working on a movie together Brainstorm and Natalie and Chris, were very friendly, perhaps even having an affair and she was married to RJ ( also known as Robert Wagner ) at the time and he wasn’t very happy about that. Wagner’s career was doing very well at that point with the hit TV series Hart To Hart, but Natalie was in a slump and Brainstorm was supposed to be part of her comeback. 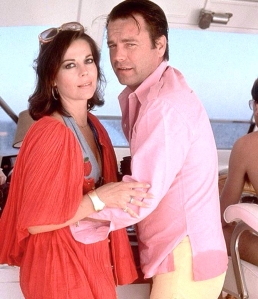 Both Natalie and RJ were drunk at this point that night on their boat. Natalie because she was having a great time with Chris Walken. RJ because he believed that his wife Natalie and Walken were too friendly and were jealous. And this is where it gets really interesting because Natalie wasn’t ashamed and dishonest about anything that was and might have been going on between her and Chris Walken and if anything was out front about that and they argued about that. RJ got somewhat violent but not actually hurting anyone on that boat and Natalie got fed up with that and went to their room on the boat to get away from her husband RJ and later went upstairs onto the deck of the boat. What we don’t know is what happened after this except that she fell into the water either accidentally or was possibly pushed into the water, but with no one offering any evidence that someone else was involved in Natalie falling into the water.

I’m cool with conspiracy theories, ( up to a point ) just as long as you have some actual real evidence to support your theory and you don’t sound like you just landed on Planet Earth from another planet or you’re a mental patient who is off their meds, or even an escaped mental patient, or even worst you sound like you’re simply trying to make money off of your supposed theory and now there are enough dumb Americans that will believe you and you make a profit from your made up story either through writing a book or making a documentary about it. What we do know is that Natalie Wood couldn’t swim, was drunk, went up to the deck of the boat voluntarily and fell into the water and later drowned. We don’t know about anyone actually drowning her and involved in her death either intentionally or accidentally.

We need to stay as close to the facts as possible with cases like this, if we want to be taken seriously by intelligent, well-informed, honest people. Otherwise we’ll sound like mental patients, people from other planets, or money hungry conspiracy theorists.