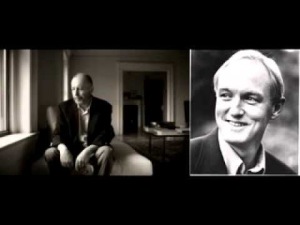 What I like most about Christopher Hitchens is why he never would have made a very successful politician, because he has this big habit of always saying what he thought and what he knew. And he didn’t give a damn what others thought about it. His consistency for the most part and the on exception to that being how his national security and foreign policy views changed after 9/11, I believe are unparalleled.

Chris Hitchens wasn’t just an anti-Christian, or anti-Christian-Right radical on the Far-Left, but he was a true Atheist. He didn’t bash the Christian-Right for their positions on homosexuality, women’s place in the world, censorship, while he defended Muslims for believing that women and gays should be second-class citizens. He critiqued and attacked religious extremism wherever he saw it.

Politically, I’m not sure I have ever had much in common with Chris Hitchens. I’ve never been a Democratic Socialist, or a Neoconservative. I don’t know of many other people who’ve gone from one end to the other politically like that. But I’ve always respected his consistency especially with his Atheism.

If Hitchens was alive today would be treated like a bigot by the New-Left in America, similar to how Bill Maher, Richard Dawkins and Sam Harris, are now treated. As being anti-Muslim and anti-Middle Eastern and so-forth. He was anti-Muslim, but he was also anti-Christian and anti every other religion. He saw religion as a dangerous force in the world and with his new neoconservative leanings and perhaps would have if he could had religion outlawed in America. Not sure about that, but he was a true militant Atheist.

I believe political and current affairs writers should be judged on their ability to learn, grasp and to be consistent. Do they say and write things that add up and where you could at least make a good case for their beliefs. Or do they just write for their team and over hype all the positive things about their side, while underplaying the low points of their side. And are they consistent, or do they contradict themselves. Do they bash religion, while only concentrating on one type of religion, or are they a true Atheist who doesn’t like religion in general. And will critique negative aspects of religion wherever they see it. Do they bash big government on one side, while praising it on another, but without calling it big government.

Chris Hitchens, meets at least all of my standards as a great current affairs writer. Because he was someone who learned, who understood facts and made his arguments based on them. And adapted when he was wrong and because of these things and many others he’s still missed today and will be for a long time.