Source:Hoover Institution– where the Watergate scandal all started.

“The Watergate break-in is now 45 years old. The scandal is as distant from our own time as it was once from 1928. The median age of Americans is about 38 years old. Half of all Americans were likely born after the break-in. But Watergate is hardly ancient history.

The fumes of Watergate waft around the current FISA-gate scandal. The now septuagenarians Carl Bernstein and Bob Woodward, of All the President’s Men fame, are back in the news. As seasoned crusading reporters, they currently offer admonitions that Donald Trump is replaying the role of a supposedly paranoid and imperious Richard Nixon.

But is he? The two investigative journalists who first brought Watergate to public attention are certainly not wrong about parallels—but not in the way they imagine. FISA-gate is becoming Watergate turned upside down. The respective roles of the government, liberal Democrats, civil libertarians, and the White House are now reversed—and this turnaround is, in a strange way, redefining Watergate itself.”

“60 Minutes political correspondent Lesley Stahl covered Watergate 45 years ago. She visits CBSN to detail her experience and draws some parallels to the political scandals surrounding the White House today.” 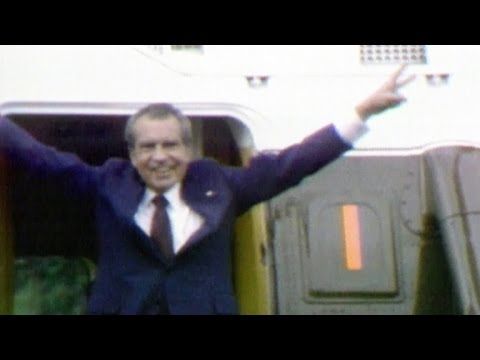 First, just the pure stupidity of it from several vantage points and perhaps the biggest being how unnecessary it was. We know that President Richard Nixon didn’t personally order the Watergate break in. Why, because he was already ahead of Senator George McGovern ( the 1972 Democratic nominee for president ) by 20 points or more at this point during the summer of 1972.

Not so much because breaking and entering into private property is morally wrong and illegal. That is probably not the reason why President Nixon didn’t order the break in, but because it would’ve been politically stupid for him to do that. Especially with a Democratic Congress with clear majorities in both the House and Senate. With network news media and the print media being such huge forces.

The risks of these bunglers, I mean burglars screwing up the break in and perhaps not even finding anything that President Nixon could use against Senator McGovern. Unfortunately Richard Nixon tended to operate from purely partisan political calculations, instead of morality and doing what’s morally right and so-forth. Which is one of the reasons for his downfall, along with his paranoia and lack of self-confidence.

The other thing that makes Watergate so stupid and even laughable now at this point, but perhaps by 1973 or so, is that the crew that was put together and how they were put together and actually did the Watergate operation. ( If you want to call it that ) If you’re going to order a break in of private property and you’re not personally involved in physically committing the crime yourself, you would think that you would hire professional burglars to do the operation. You could learn that just from watching any half-decent caper movie.

The Watergate break in team were former CIA officers who were accustomed to working in other countries and getting information for the U.S. Government. They weren’t professional burglars or criminals of any background.

The Watergate break in was Amateur Night at the Watergate and when these guys knew they were a helluva lot of trouble and looking at doing 20 years or more in prison, they decided to talk to the prosecutors and that is where President Nixon freaks out or perhaps before that and decides to try to cover it up.

The Nixon reelection effort, looks like a bunch of guys in high school who decide to run for class president and pick one guy to run with his friends helping him out with the campaign, With this of course being the first time that any of them are ever involved in any political campaign ever. Not that different from the Donald Trump presidential campaign of 2016.

You have a long list of 10-15 men who worked for President Nixon during the early 1970s either for the Administration or reelection campaign, who ended up in prison. Who pre-Nixon and perhaps post-Nixon were by en-large good, intelligent, moral, productive people, but who got in way over their heads during this presidential campaign and simply made a lot of horrible decisions that put them all in prison. Watergate is a tragedy because of how stupid and unnecessary it was and the damage that these people did to themselves.