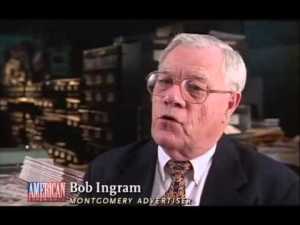 When I watched and listened to Donald Trump’s 2016 GOP Convention nomination speech, I thought about George C. Wallace and his 1968 presidential campaign. The theme that it’s other people’s fault for why certain Americans mainly blue-collar Caucasian-Americans and men especially are struggling in America. Donald Trump’s point was mostly about immigration and to a certain extent Islam’s fault for why his Caucasian blue-collar male base was struggling.

In the 1960s there was this sense among Southern Caucasians especially English-Protestants and blue-collar workers in this community there and in even in rural parts of the Midwest, that they were losing their America. Because of multiculturalism, ethnic and racial minorities now staking their claim in America and not just defending their constitutional rights but using their to express themselves and be able to obtain their American dream without being denied their rights simply because of their race, ethnicity, or gender. Governor George Wallace spoke to this community in Alabama in the 1960s and then later the broader South when he ran for President in 1968. Speaking out against integration and other issues.

George Wallace became the spokesperson for the segregationists and Neo-Confederates in Alabama and the broader South in the 1960s. The Dixiecrats in the Democratic Party that basically ran that party in Congress and the broader Democratic Party in the 1930s, 1940s, 1950s, and 1960s. Wallace became the Strom Thurmond of the 1960s and became the candidate for blue-collar English-Protestants in America who believed their America was disappearing with all sorts not just non-European-Americans, but non-Anglo-Saxons becoming prominent in America. Italian-Americans, Jewish-Americans, Irish-Catholics, Latinos, and other Americans. Along with African-Americans of course who gave us the civil rights movement of the 1960s.