“After committing a series of escalating petty crimes in Oregon during his teens, Gary Gilmore was sent to reform school and later served his first stretch in prison. By the age of 35, he had spent half his life incarcerated. After receiving a conditional release in May 1976, Gilmore moved in with a cousin in Provo, Utah, and briefly led a normal life. However, two months later he killed two men in cold blood during separate robberies and was arrested shortly thereafter. Found guilty of first-degree murder in his October 1976 trial, Gilmore chose not to appeal his death sentence. His case became a rallying point for opponents of the death penalty, and his execution was delayed for a time. He was executed by a firing squad in January 1977.”

Don’t forget to subscribe and enjoy our videos for more Serial Killer Documentaries!” 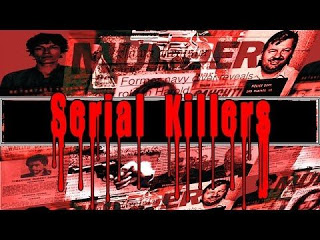 I’m not going to say that Gary Gilmore would have ended up as a terrific human being had he only had a father that loved him and raised him properly and didn’t beat his kids including Gary Gilmore. Because we’ll never know that.

And I’m not going to say Gilmore’s rough childhood should’ve spared him from his responsibilities in the murders that he was given. Even I do believe he should’ve been spared the death penalty which is a different issue. But Gary Gilmore unlike Ted Bundy or Jeff Dahmer, had good upbringings and parents who raised them well and who loved them. Gary didn’t really have that at all growing up.

Gary Gilmore similar to Charles Manson had a horrible upbringing and as a result became a very angry young man who got into a lot of trouble early in life. But the time Gilmore was executed in early 1977, he had already spent more than half of his time in life in prison.

Gary Gilmore was not a man who was built and raised to succeed in society and live with freedom. He only had any success in life when he was in prison and had real structure and people making decisions for him and supervising him. This is not a man who was ever ready to be outside of prison and a man who if he were left in prison indefinitely in prison, would’ve been a very productive prison inmate. And would’ve gotten himself a good education and job, but while in prison.

Outside of prison Gary Gilmore was a shark outside of the ocean. A killer shark who would lose his temper easily and not be able to find a good job and end up stealing to support himself and murdering the people he would steal from. Which is what he did in 1976 that eventually got him the death penalty.

Gary Gilmore was never suited for life on the outside and to live in freedom. And should’ve never been paroled. He is the poster child for outlawing parole in America, even though I’m not in favor of that. But if you were to eliminate parole it would be for criminals like Gary Gilmore. People who when are in the outside anyone who crosses their path and does the smallest thing that can set that person off, literally put their life at risk. Gilmore is someone who should’ve been given an indefinite sentence in prison before he was released for the last time in his life. And he wouldn’t have become a serial killer.