Posted on September 13, 2017 by Ederik Schneider 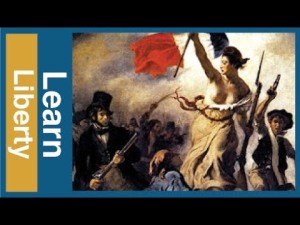 I agree with Dave Rubin and Dan Carlin on at least one thing here about political labels having lost their meanings and I would argue true meanings. I’m a Liberal because I believe in liberal democracy and its that simple. Individual rights, rule of law, equal rights, equal justice, equality of opportunity, limited government, free, fair and open elections, fiscal responsibility, strong but limited national defense, property rights.

But someone who believes in the opposites of many if not all of those things and not even believing in free speech and perhaps even a free press that is in private hands, along with having a lot socialist if not communist views on economic policy, will also call themselves a Liberal. People like talk show host Thom Hartmann who really is a Democratic Socialist if you bother to look at his politics instead of just automatically taking his word when he calls himself a Liberal, but he at least in the past has called himself a Liberal, but has called for state-control of the press.

The so-called liberal magazine Salon had an article in 2014 written by Fred Jerome calling for the nationalization of Fox News and other right wing media outlets because he believed there was too much of a right wing slant on the news.

Now who is the Liberal here? The man who advocates for liberal values and policies, or the people who call themselves Liberals, but advocate for Far-Left politics and positions and view people like Communists Fidel Castro Che Guevara, and the Neo-Communist regime in Venezuela as really good but misunderstood people. Perhaps they were treated badly as kids which is why they turned out like this, or its societies fault that they became authoritarian dictators.

When I see an apple and an orange, I’m going to call the apple an apple even if the orange calls them self an apple as well. Sometimes you need to believe your own ears and eyes over someone else’s mouth. Facts matter and we should always take facts over someone else’s propaganda. I partially agree with Dan Carlin on his second point that we’re all Liberals. A lot of us are in America in the sense that Americans tend to believe in liberal democracy and values I just laid out and believe in both personal and economic freedom.

But if you’re familiar with the over-caffeinated Millennial Generation and aging Baby Boomers who are still living in the 1960s culturally and mentally and still trying to take down the man (as they would put it) and destroy our inhumane, corrupt, corporate controlled private system, (as they would put it) they’re not liberal all all, really. They can’t take a joke and believe anything that offends them or people they claim to care about, should be censored and outlawed.

To go back to my previous points about Fidel and Che, the illiberal-left believes Castro and Guevara are good men. They believe in the Venezuelan Neo-Communist regime is a good honorable government trying to serve their people and eliminate corporate control. Even though they’re arrested people simply for protesting against their regime. They believe the wrong country won the Cold War. And yet they get called Liberals by the lame stream media (to quote Sarah Palin) as Liberals, simply because the so-called mainstream media doesn’t know what Liberals are and equates everyone on the Left as Liberals even if their politics are illiberal.

But again who are the Liberals here? The people who believe in liberal values, or the people who simply call themselves Liberals and are called Liberals by others? To go back to my point about facts matter, we should always believe our own ears and eyes overs someone’s else’s propaganda. Just because someone else labels them self something or is labeled something by someone else, doesn’t make that true. Instead what you should do is your own research and look at their politics and see if that matches up with what they’re self-proclaiming.