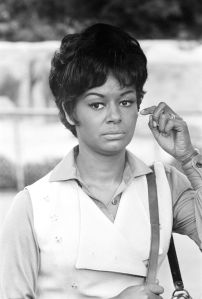 “A classy, smart-looking African-American actress who broke racial barriers in 1970s Hollywood but suffered greatly in her private life years after her TV glory days, award-winning actress Gail Fisher was born on August 18, 1935, in Orange, New Jersey, the youngest of five children.

Her father, a carpenter, died when she was only two years old and the family was destitute, living in the slums (“Potters Crossing”) with their widowed mother Ona Fisher.

Gail was a cheerleader as a teen and found some joy performing a leading role in one of her Metuchen High School plays in Metuchen, New Jersey. Beauty pageants became a source of pride during this period, earning distinction on the beauty-pageant circuit and becoming the first African-American semifinalist in the New Jersey State Fair beauty contest. A multiple pageant winner, among her titles were “Miss Transit,” “Miss Black New Jersey” and “Miss Press Photographer.”

“Mannix was on the ropes at the end of its first season. The action series about a detective working for a high-tech agency called Intertect was not clicking with audiences. Desilu Productions and creator Bruce Geller made significant changes to the concept as the show headed into season two in the fall of 1968. Now, Joe Mannix was a private detective assisted by a trusty sidekick, Peggy Fair, played by Gail Fisher… 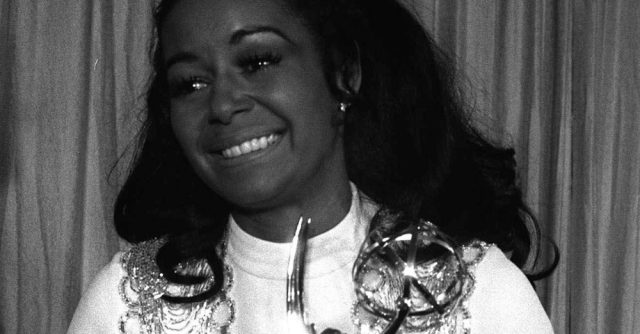 Source:METV– Gail Fisher, winning an Emmy for her role as Peggy Fair in 1970. 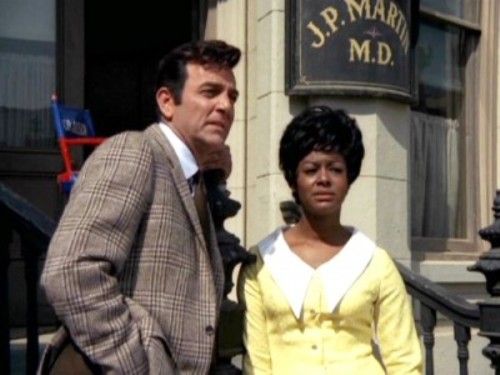 Source:Those Were The Days– Mike Connors and Gail Fisher in Mannix.

From Those Were The Days 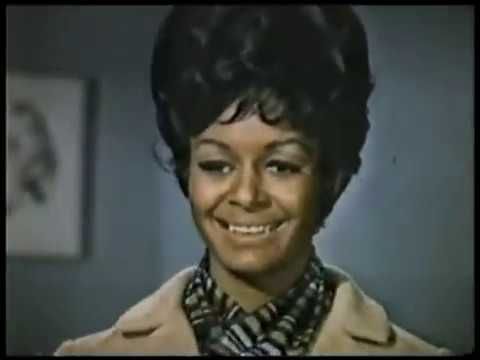 If there is one major reason why I’m a night owl who struggles to go to bed before 4AM every night, (thanks METV, for keeping me up so late) it’s because of shows like Mannix and in particular Peggy Fair (played by Hollywood Babydoll Gail Fisher) who was not just a beauty queen, but a cutie queen as well.

Not often back then in the late 1960s and early 70s when Mannix was on for the most part did you see Hollywood actresses that were not only so beautiful and sweet looking, but who had major roles, and were so sharp. I generally don’t make my writing about race or ethnicity, but Gail Fisher was the only African-American actress back then with those characteristics on TV. You had Pam Grier (the queen of the badass chick genre) as the female badass in the movies and perhaps a few other African-American actresses and Gail Fisher on TV during the 1970s.

Peggy was so cute, so pretty, so sharp, so witty, so loyal to her man Joe Mannix (played by Mike Connors) that you would think that they were not just married, but actually in love. When an impossible case would come to the Mannix office, Joe would politely say no, but Peggy could see how desperate the potential client is and talk Joe into taking the case by giving him the puppy eyes (that only babydoll’s can do) and he would not just take the case, but solve the case with a lot of help from his dedicated and sharp secretary Peggy Fair.

You put together a list of the best private eye TV shows ever and Mannix would be towards the top of the list, along with The Rockford Files, Cannon, Magnum PI, Knight Rider, and perhaps a few others, but after the first season Mannix was in the dump as far as ratings, but then along comes Gail Fisher who didn’t save the show by herself as Peggy Fair, but her along with the change in format with Joe Mannix now as an independent private eye, gave the show a lot more chemistry and freedom that it didn’t have before and went on for another 7 seasons after season one. And Gail Fisher is a huge part of that.