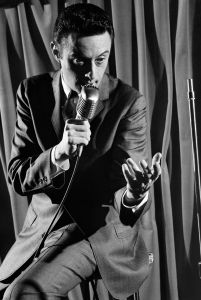 “Early in 1966, the entertainer Lenny Bruce, who died in the midsummer of that year at the age of forty from a self-administered overdose of morphine, gave his next-to-last public performance, at the Berkeley Community Theatre, a large auditorium near the University of California’s Berkeley campus. It drew two thousand people, and Bruce, as had become his custom in those last, lean years, which were marked by repeated brushes with the law, had the entire thing taped, so that the obscenities with which he customarily larded his act could not be used against him, out of context, by police witnesses testifying in court…

Read the rest of this piece at The New Yorker

“Lenny Bruce on Stage Just Before He Died.” 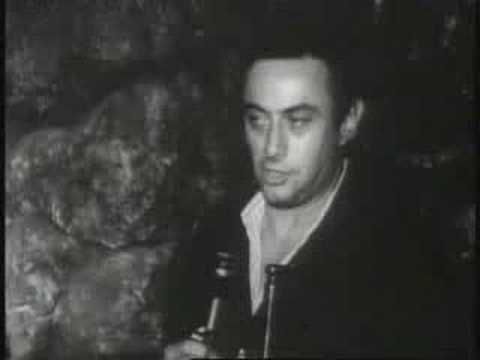 I know I’ve written this before in previous pieces the last 5 years about comedian Lenny Bruce, but it’s very important, so I’m going to risk boring you and perhaps even put you in a coma and repeat this.

But then there is a right-wing, anti-conservative (at least in a constitutional sense) version of political correctness that attempts to censor speakers and speech that offends these rightists political or cultural values.

Comedian Lenny Bruce like comedian George Carlin from 10 years or so after Bruce, was a victim of right-wing political correctness to the point that he was put in jail for using adult language and talking about social and adult issues in the 1950s and 60s that apparently free adults weren’t supposed to talk about, at least in public, even though they were’ talking about it in private and even using adult language in private (even in Ozzie and Harriet’s and Beaver Cleaver’s 1950s America) because they were interested in those adult issues, didn’t mind being heard swearing, just so long as no one they didn’t trust could hear them swear, and they had a First Amendment right to talk about those issues and even use adult language.

Right-wingers don’t get put into jail when they use offensive language or language that just offends leftist candy-asses, simply because that would be unconstitutional as well, but also because these leftist, so-called political correctness warriors have never had that kind of power in America, for the most part.

In the 1950s and 1960s there was no official political movement known as the Christian-Right in America (perhaps better known as Christian-Nationalists today, thanks to Donald Trump) but they’ve always been there claiming to be the real champions of America and the real Americans. We saw the beginnings of this movement during the early days of television thanks to Senator Joe McCarthy and his McCarthyist movement in America that attempted to stamp out Communists in America, simply because they were Communists.

The Christian-Conservative movement has always been in America and Lenny Bruce is one of their most famous and best victims. He was a great comedian, with a very sharp and keen wit, who should’ve had another 20 years to perform, had he been able to live in a normal life in years.

You can also see this post at FRS FreeState, on WordPress.