NFL Films: Ken Anderson- ‘Top 10 Players Not in The Hall of Fame’ 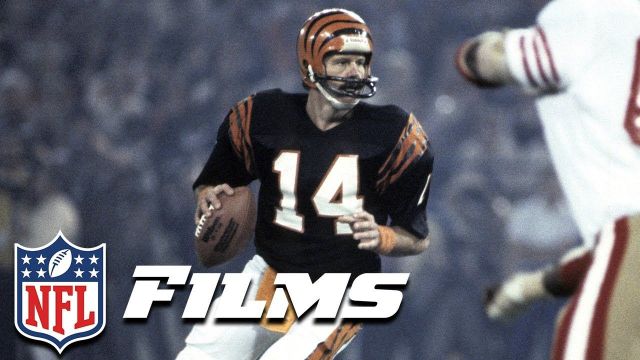 “Cincinnati Bengals QB, Ken Anderson, comes in at number 10 on the countdown of the Top 10 Players Not in the Hall of Fame.”

“The facts remain the same after decades of waiting. Though he and the Cincinnati Bengals never won a Super Bowl, Anderson was one of the most proficient passers of his generation and efficiently produced at the quarterback position at a level that had never been seen before. That’s the description of a transcendent player, and transcendent players usually end up in the Hall of Fame.

Sooner or later, Anderson’s name will be called…right?” 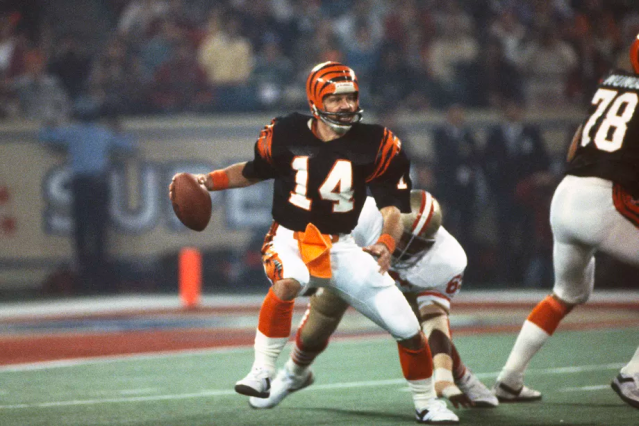 From the Cincinnati Jungle

Just to clear the record from the video: someone during the video said that Ken Anderson didn’t win a Super Bowl, which is why he’s not in the Hall of Fame.

You could argue that Ken Anderson was a better QB than Bob Griese who was a system QB who needed a strong running game and OL to be successful, which is exactly what he had with the Miami Dolphins, who missed most of the Dolphins undefeated season in 1972 and Griese is in the Hall of Fame today (as he should be) because Griese was one of the best QB’s in the NFL in the 1970s and is a two-time Super Bowl champion, who was the QB of two of the best NFL teams ever in 72 and 73.

If the Pro Football of Fame standard is that players need to be one of the best at their position not just from their era, but all-time, then Ken Anderson should’ve been in the Hall of Fame 10-20 years ago, because he was exactly that. Because he was in the same class as Terry Bradshaw, Roger Staubach, Fran Tarkenton, Bob Griese, Ken Stabler, Dan Fouts, Joe Montana, even. He doesn’t have wins and championships of everyone on that list except for Fouts, but he has stats and talent of everyone on that list and good enough to be in that class.