Reason: Hit & Run: Why Medicare Will Always Need Fixing: How to Reform Medicare 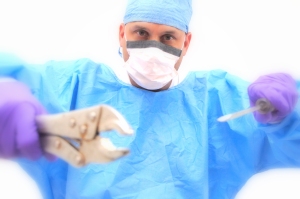 This is really about adding onto the Affordable Care Act of 2010. Which I supported then and I support now, but even great legislation which the ACA even with its best supporters doesn’t qualify as, at least yet need to be improve and reformed from time to time. But to talk about the so-called doc fix that is part of Medicare first and the I’ll get into expanding Medicare. But the doc fix is what is known as the physician payments from Medicare to doctors who take Medicare patients. It is very expensive because Medicare only takes senior citizens. Not exactly the most healthy members of our society. And as a result their health care can be very expensive. Which is one of the problems with Medicare.

The doc fix I believe is fairly simple to fix in practice, but harder to get passed into law, because it would mean that Congress wold have to take on people they aren’t comfortable taking on. The special interests that made it possible for them to be in the House of Representatives or Senate. Instead of paying doctors based on how much health care they give their patients, we could pay them based on their outcomes. Pay for quality care instead of quantity care. Subsidize doctors based on how healthy their patients are and encourage them to take steps to prevent their patients from having to have expensive health care in the future by taking care of themselves upfront. Instead of paying doctors based on how unhealthy their patients are and how much health care they have to give as a result. Similar to education, we should pay for performance, not pay for simply showing up to work.

Now another way to cut the costs of Medicare is to have more people on it. Young healthy people meaning and doing what we should’ve done in 2010 as part of the Affordable Care Act and putting in the public option. Making Medicare available to everyone and giving non-senior adults the option of taking Medicare as their health insurer for themselves and their kids. Which could be paid for simply by the people who use it. You wouldn’t have to expand the payroll tax because the new customers would pay for their own Medicare out-of-pocket and through their employer. Which would expand health insurance coverage, but also cut the overall costs of Medicare, because we would have younger healthier Americans on it including children.

We wouldn’t have to expand the Federal Government to cover the Medicare public option. We could allow for the states to set up their own Medicare systems under basic national standards. Not designed to run the states programs for themselves, but to see that Medicare dollars are used simply for that and nothing else. That their Medicare program remains non-profit and public and that it is treated no worse or better than private non-profit health insurers. This is something that we would’ve done 5-6 years ago. It passed in a Democratic House of Representatives and could’ve passed in a Democratic Senate under what is known as budget reconciliation. Where it only take fifty-one votes for final passage and not sixty. And something we should do now.