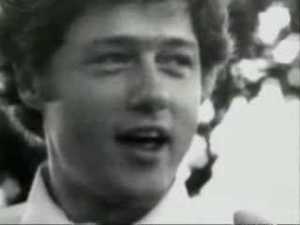 “His Life” follows Bill Clinton through his college days as a war protester, his years of purported womanizing as governor of Arkansas, his possible connections to drug trafficking and subsequent murders, “Filegate”, the Whitewater scandal and his questionable decisions, campaign financing and practices during his two terms as President of the United States–always in the shadow of wife Hillary.

Interspersed with interviews, “His Life” is a thought-provoking documentary in the narrative style which compels the viewer to take a hard look at the life of one of the most controversial American presidents of all time. Before you see “Fahrenheit 911″, make sure you’re sitting down and watch this compelling documentary.” 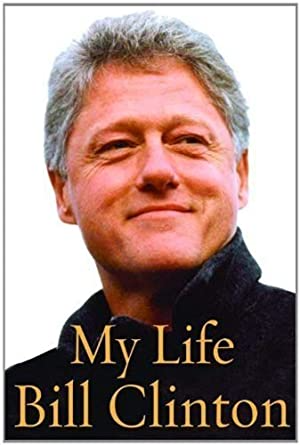 Source:Amazon– so who do you think this DVD is about?

Just to start off, you should know that I’m a big fan of Bill Clinton and a lot of my politics and own progressivism comes from him. And following his own career and he would’ve been someone I would’ve been more than happy to vote for twice for president if I was eligible.

At risk of sounding overdramatic: Bill Clinton I believe at least saved the Democratic Party. The country was moving right and moving away from social-democratic, centralized government designed to take care of people. More towards individual freedom especially as it related to the economy and was tired of seeing their taxes going up especially as the debt and deficits were going up as well.

Congressional Republicans at some point probably in the 1990s was going to win back Congress both the House and Senate. Just because of where the country was and Republicans starting to dominate the South and continued to do well in the Midwest. Now, that didn’t have to be 1994 and President Clinton’s first two years probably sped up the Republican takeover of Congress. But that was going to happen in the near future if not 1994. And had it not have been for Bill Clinton the Democratic Party wouldn’t have been in ready with any message to respond to Conservative Republicans who came to power in the Reagan and Gingrich revolutions.

Without Bill Clinton the Democratic Party would’ve still been dominated not by FDR/LBJ Progressives, who are actually pretty practical mainstream center-leftists. But McGovernites (named after Senator George McGovern) from the New-Left who came of age in the late 1960s and early 1970s and got organized inside of the Democratic Party, people who are anti-military, anti-law enforcement, anti-establishment in general, people who wanted to essentially tear down the American liberal democratic form of government and private enterprise system and transform America into Scandinavia economically, politically and everything else, going up against Conservative Republicans who thought the current government was already too big with the political backers and resources to support them.

What Bill Clinton did (what was called the Third Way) was give Democrats and Americans an alternative to the Reagan Revolution in the Republican Party that essentially want to tear down everything that was built up from the New Deal and Great Society and the McGovernites the New Left in the Democratic Party that wanted to expanded everything that was built up in the New Deal and Great Society and turn America into a Scandinavian social democracy. And to say there was a third way that center-left New Democrats could take to offer Americans to bring the Democratic Party back to power. That wasn’t about big government or small government, but using government in a responsible, limited way to empower people in need to be able to also live in freedom.

Bill Clinton saved the Democratic Party that has basically been running and governing under his vision of government, or something very close to it since 1993 when he became President of the United States. The days of Henry Wallace and George McGovern are over. And now the Democratic Party at least at the leadership level has been about saving the programs that people need and work well. Empowering people at the bottom and near bottom to be able to move up in life and not have to live on government dependence indefinitely. A party that will defend the country both through law enforcement and with the military. That won’t try to overtax the middle class and respect their incomes and will be responsible with Americans tax dollars. And that to me at least is the legacy of President Bill Clinton.