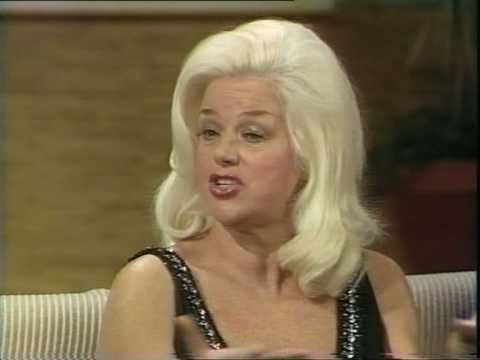 Diana Dors is so freakin adorable and then throw in the fact that she’s so funny as well. Which I think gives you a great idea of how good of an actress she really was. She was playing comedian on this show and doing it without a script.

Larry Grayson was a British comedian and I imagine a pretty good at that, even though I’m not that familiar with him. And they obviously knew each other very well. But he’s a comedian, his show is supposed to be funny similar to The Dick Cavett Show and he brings Diana on and she plays the role of comedian.