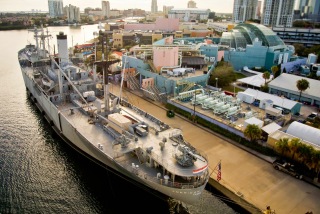 This post was originally posted at The New Democrat on BloggerI know this is going to sound like a copout and trying not to take a hard stand and everything else, but the answer to why the American economy does better under Democratic presidents than Republican presidents to put it simply, is both. Democratic presidents tend to have better economic policies which I’ll get to later than Republicans. And when a Democrat is President many times they become President just right before the economy is about to take off. Jack Kennedy, Lyndon Johnson, Bill Clinton are perfect examples of that. Harry Truman would be another one and Barack Obama and Jimmy Carter are unfortunately the exceptions to that.As far as policies Democratic presidents both liberal and progressive tend to want an economy that works for everyone. Sure Republican presidents I’m sure believe in the same thing. But Democrats put in the policies that make that economy come about. Which is why they focus so much on education, infrastructure, job training for low-income workers and unemployed workers whether they are educated or not, encouraging companies to invest in low-income areas.Republicans tend to believe in what George H.W. Bush called when he ran for president in 1980 ‘Voodoo Economics’, that some others call Trickle Down Economics. “You cut regulations and taxes for employers and individuals and the economic activity that will come from those business’s and individuals that now have that extra money will now be invested in other business’s and that economic activity will benefit everyone as a whole”. That is the theory anyway, but the results have been at best mixed for thirty-five years or so ever since the policy was introduced in Congress by then Representative Jack Kemp and Senator Bill Roth.As far as the lets say good luck, yes Democratic presidents have inherited economies that were just about to take off. Bill Clinton comes to mind in 1993 with the Cold War just ending and with the start of the Information Technology Revolution just getting under way around 1990-91 with all of the cell phones and laptop computers now online and of course the internet just getting under way. The Clinton White House had their own web site under way from the start and had email as well.So yes Democratic presidents happen to of become President when the economy is just about to boom. But they’ve also have pushed policies that empowers all workers to be able to take advantage of economic booms. Economic booms do nothing for people without the skills to take advantage of them. Which is why education is always so critical for any economy to do well. And Democrats tend to push those polices more than Republicans.

This is a blog about life and classic Hollywood.
View all posts by The Daily Review →
This entry was posted in Economy and tagged American Capitalism, American Economy, Democratic Presidents, Democrats, Economic Growth, John Grgurich, Republican Presidents, Republicans. Bookmark the permalink.