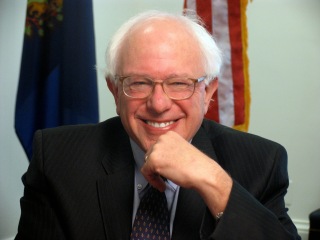 The far-left, or socialist-left, McGovernites if you will in the Democratic Party and outside of the Democratic Party need credibility if they are ever going to be taken seriously by anyone in America with real power let alone have any real power of their own. Elizabeth Warren even though she seems to have a lot of support from this community is not that person because she is not a radical as her supporters believe and hope she is. She is a FDR New Deal or LBJ Great Society Progressive Democrat. A mainstream Progressive and not a Green Party Socialist or any other type of Socialist.

Bernie Sanders would be that candidate and leader for the broader far-left socialist movement in this country. Because he not only has their respect, support and backs, but he’s one of them. I mean the only self-described Socialist in the U.S. Congress in either the Senate or House which should be a pretty good clue there. But he’s taken seriously by the broader Democratic Party and  left-wing in America because of his honest and credibility (and sanity). And that he uses real facts and not just talking points to make his arguments.