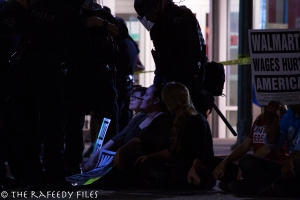 I agree with a lot of what was said in this Chicago Tribune editorial about the problems of why people at the bottom of the American income scale are at the bottom and why the people at the top are at the top. And as much as so-called Progressives or Social Democrats in America like to try to make the so-called income inequality argument in America about the rich stealing from the poor, it is not true at least in most cases.

The wealthy in America tend to be wealthy because they have a wealth of education and marketable skills that they have used to create their success. And have either gotten those skills by having wealthy parents who were able to send them to good schools including college, or came from strong middle class families. And went to good middle class schools and ended up going to and graduating from a good college. By either getting a scholarship, student loans or working really hard and going to school at the same time. Or a combination of all of those or some of those factors.

But there are also very successful people in America who didn’t come from wealth or even a middle class family. But had strong enough parents to make sure they not only stayed in and finished school, but got themselves a good education. Even if that meant one or both parents working multiple jobs to make that happen. So if you come from a good foundation even one with not a lot of money, but a lot of love and parents who’ll do whatever they can to see that you have a good shot at succeeding in life and you take advantage of those opportunities, you’ll do well in America.

The poor in America whether they are working or not, tend to of gotten off to a bad start in life. Dad walks out, mom left to raise their kid or kids by herself. Or dad in prison and mom not prepared to raise her kids in a proper way without the skills to do so. And then these kids make it worst for themselves by not finishing school and getting whatever education that they can. Having kids before finishing high school and essentially leaving their mother to raise her grandchildren for them.

And of course kids from both poor and rough neighborhoods falling into the wrong crowd as adolescents. Getting in trouble, not finishing high school and now looking at having a juvenile record and doing time. To go along with not having a high school diploma, having kids to take care of too early in life. Without much hope of giving their kids what their parents couldn’t give them. Which is a good start at life coming with a good education and a good shot at doing well in life.

So these are the main reasons for what I call the income gap in America as opposed to income inequality. So then it is about what should be done about these issues. And for me as a Liberal it always gets to opportunity and empowerment coming from education and job training. Having a public education system in this country that is not run by the Federal Government, but where everyone in the country can go to a school that is best for them.

Instead of being forced to going to a school based on where they live. Which is a big reason for the income gap in America with students not getting the skills that they need in life because they live in a low-income neighborhood. And the Federal Government can help with additional resources to our public schools so all of our public school students would be able to go to a good school.

If you want to do well in America it takes marketable skills and education to make that happen. Without that you are looking at a life of poverty and living in rough neighborhoods dependent on public assistance for your economic survival. And even if you are working dead-end low-skilled low-income jobs with not much if any hope for advancement and making a good living. But with a good education and job skills, you can do as well in life as your talents and you applying your talents will allow which will benefit the country as a whole.

1 Response to Chicago Tribune: Editorial: How to Combat Inequality