This sounds like a hell of a script. A women who finds out her ailing husband has cheated on her and decides to get revenge on him by going out with his friends. It also sounds like a very funny movie, especially considering Dyan Cannon is the lead actress and she’s so adorable and funny to begin with. I mean think about it, the wife of a very wealthy man who will never have to work a day in her life. Just as long as she’s married to this man and doesn’t screw that up. Just screws him without hurting him. Whose husband is now in the hospital with a rare and perhaps fatal condition. A man whose given her so much. And how does she take his serious condition? Does she freak out and spend time with her family and seek their support? No! She goes into his little black book to see who he’s been socializing with. And decides the best thing to do is not to make sure that her husband can get the best care that he can. But to get try to get revenge on him by sleeping with his friends while her husband is in the hospital. Except for the obvious physical attraction, I’m glad this women is not my wife. 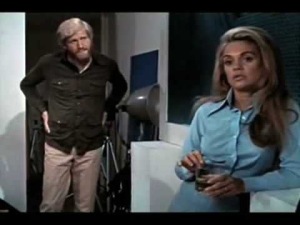