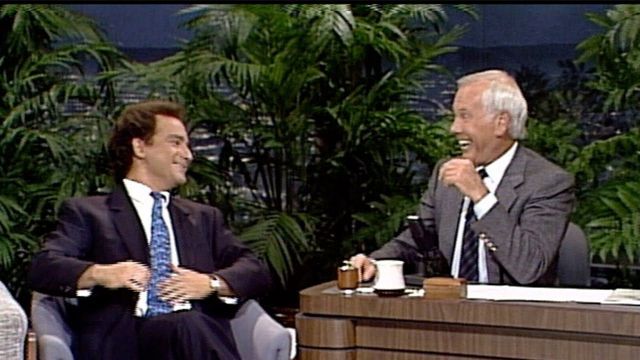 From The Tonight Show With Johnny Carson

This is kind of hard to talk about without doing this in person and instead trying to write this, but I think I first heard Kevin Pollak perform on cable in the early 1990s and I heard him do his Captain Kirk (played by William Shatner, on Star Trek) impression.

And Pollak explained by saying that and I’m paraphrasing but William Shatner invented pause acting. And would say that Shatner would say: “We boldly go where no one has gone before…” And would suddenly stop talking or make a facial expression and suddenly his face and body would be still for seconds.  I always though that Kevin Pollak does the best Captan Kirk and is one of the best impressionists that I’ve ever seen.