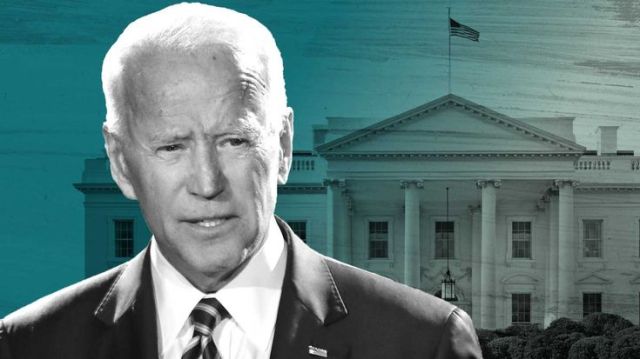 “Former vice president Joe Biden has finally entered the 2020 presidential campaign. Columnist Karen Tumulty argues that he must prove that he isn’t a politician of a different era.”

I mostly agree with what Karen Tumulty said about Joe Biden here, but I guess I would put it differently and add a few things.

If Joe Biden really wants to be President of the United States ( and I believe it’s a safe assumption that he does ) he should’ve ran for President in 2000. Looking back at least, a strong primary run against then Vice President Al Gore would’ve been good for Vice President Gore and the Democratic Party as well. Gore, only had one opponent at all in 2000 that being former Senator Bill Bradley, who didn’t even win a primary against Gore. Then Governor George W. Bush, had a very strong primary challenger in Senator John McCain, which I believe only made the Bush Campaign better because it served as a strong playoff for Bush which of course was the 2020 general election against Gore. Gore didn’t have that, because Democrats by 1999 had already decided that they wanted Vice President Gore and didn’t make any room for anyone else to run against him.

Then Senator Biden, should’ve run for President in 2004: as we know now before the Democrats nominated Senator John Kerry as their presidential nominee, Senator Kerry wasn’t even the frontrunner before he won the nomination. He had to fight like hell just to try to raise some money and stay alive in late 2003 and wasn’t raising any money until he won the Iowa caucus. Senator Biden, would’ve been a strong contender that year because there were no frontrunners in that election on the Democratic side, but you had a Democratic Party that wanted to win and was prepared to get behind the nominee to defeat President Bush.

Then Vice President Biden, could’ve run for President for 2016: Hillary Clinton, was a strong frontrunner going in, but if you remember anything from 2007-08 she was not just the strong frontrunner going in to not just win the Democratic nomination then, but to beat Senator John McCain or whoever the Republican Party would nominate for the general election that year. But by the time super Tuesday was over in February 2008, her campaign was all but over, because then Senator Barack Obama won practically every major state on that election night.

It could’ve occurred to Vice President Biden and someone on his team that maybe Hillary isn’t as strong a frontrunner that she may seem to be and probably needs a strong challenger, which is exactly what she got, except it came from the Far-Left in the party from Socialist Vermont Senator Bernie Sanders. Not from the Vice President of the United States who has 100% name id not just in the party, but in the country. And was a loyal and great Vice President to a popular President in Barack Obama who the Democratic Party absolutely loves.

It’s that old cliche that you only get one chance to make a first impression, which of course is not only true but in politics you have to seize on the moments that you get and then take advantage of them. Which is what John F. Kennedy did in 1960, what Jimmy Carter did in 1980, what Bill Clinton did in 1992, what Barack Obama did in 2008. You can’t just assume that they’ll come back simply because you don’t you’re ready or you simply don’t want to run.

Would Barack Obama really had been the great Democratic contender that he was in 2008 had he waited until 2016 let’s say when he had already been in the Senate for 12 years before he decided to run for President, because he wanted more foreign policy experience? We’ll never know that of course, but probably not because 12 years later he would’ve already had a fairly long Congressional record and probably a lot of controversial votes and caught in Congressional speak and sound like a politician going a speech on the floor of the Senate, instead of this young vibrant man who spoke off the cuff and from his heart using beautiful language which is how he won the Democratic nomination in 08 and then the presidency, because he was so fresh, new, and likable, came off as a human being and not just as someone who was running for office.

And with Joe Biden, forget about being in the Senate for 12 years and instead triple that where he was one of the most powerful, influential, and respected not just Senator’s who has ever served, but members of Congress that has ever served in either the House or Senate and don’t fantasize for a moment that the other Democratic contenders don’t know exactly how long Biden’s Congressional record is and is going through every possible controversial vote ( at least in today’s Democratic Party ) that he has ever made and will try to pull anything out that they can get their hands on that could hurt the former Senator and Vice President.

It’s not Vice President Biden’s experience that I have issues with: experience is generally a good thing in life especially if you learn from it and then apply correctly and make good judgments, it’s the fact that and to paraphrase Joe Biden himself: this is your father’s Democratic Party anymore. Even 10 years ago Joe Biden would’ve been seen as a strong Center-Left Progressive Democrat who fights for the middle class and for civil rights, who wants an America where everyone can succeed, who will also defend and protect the country from foreign and domestic predators. This is what progressivism at least use to be and what it was about and what I believe it still is and what it means to be a Progressive.

The problem that Biden has is that the party is so far to the left now to the point that people who would be viewed as Progressives just 10-20 years ago like Joe Biden and Barack Obama, are now seen as Centrists or even as Conservative Democrats, because you have this large and growing faction of Socialists in the party that view anyone to the Right of them as either Centrists or Conservatives, even if they’re Democrats with solid Center-Left credentials. Like a Joe Biden or Barack Obama, Hillary Clinton even who is one of the strongest and most famous Feminists anywhere in the world, but in today’s Democratic Party she looks Conservative. Or even Nancy Pelosi who is the Speaker of the House with a long Progressive record in Congress.

But then there’s the issue of Senator Biden’s Congressional record, so let’s talk about this so-called apology tour that he night have to go on to win the Democratic nomination:

It’s not that voting for the 2003 Iraq War will be a problem at least in the sense that it was the wrong decision and wrong war and we should’ve never been involved in and we knew that by the summer of 2003 when we learned that Saddam Hussein not only didn’t have nuclear weapons program, but he didn’t even had weapons of mass destruction. And then the chaos in the country after the Hussein Regime was toppled without even putting up a fight. Biden, should have to explain that and admit he made a bad call there.

It’s the other votes that he had in Congress that 25-30 years later still look like very solid votes at least as far as how the policies turned out, whether the Far-Left of the party likes them or not:

like 1994 Crime Bill where we saw record low crimes rates in America during the 1990s, including in big cities with large minority populations like Chicago, New York, and Washington.

Or how about the 1996 Welfare to Work Law where we saw record lows for poverty in America, because you had all of these people in poverty who were going back to school and getting the skills that they need to become economically self-sufficient and were finally able to get good jobs for themselves. Senator Biden’s support for deficit reduction and free trade, you could add to his possible apology tour and explain why he no longer supports these successful policies.

I could be wrong here ( and of course that wouldn’t be the first time ) and perhaps the Democratic Party even the Far-Left is so tired of losing and seeing Donald J. Trump ( the king of real reality TV ) as President and want to take his American Nationalism Show off the air for good and will support any popular national Democrat including Joe Biden in order to defeat President Trump. We saw that in 1992 when the entire Democratic Party united behind then Governor Bill Clinton and in 1976 under then Governor Jimmy Carter. But those are just two elections and as Will Rogers once said he’s not a member of any organized party: he’s a Democrat.

The Democratic Party tends to put ideological purity with the current Far-Left base of the party over electability, at least as the presidential level. And we’ll see which course they take in 2020 and how they treat Joe Biden. Will they get behind Joe, or stay home, go third-party with someone like Jill Stein and back a Socialist instead.