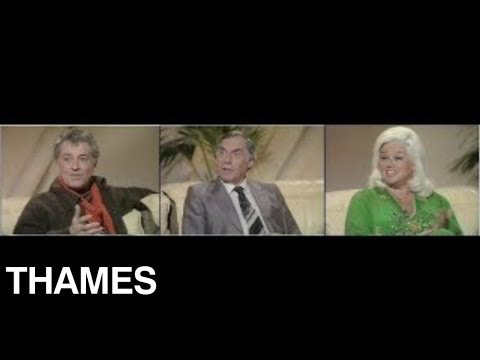 “Clips taken from Thames TV’s ‘Looks familiar’ featuring actors Farley Granger, Diana Dors and comedian Larry Grayson. In these segments the stars talk about their favorite films and what they thought of Hollywood.
First shown: 26/04/1982.”

Speaking of Hollywood parties which is what they’re talking about here, there was a famous Hollywood party involving Diana Dors and her then husband Dennis Hamilton, who sort of acted as Diana’s agent back in the 1950s. Diana Dors and actor Rod Steiger, worked in the Hollywood movie The Unholy Wife from 1956 and her husband Dennis and Teasy-Weasy Raymond ( no joke, that’s the real name ) put together a launch party for The Unholy Wife at Raymond’s Hollywood home in 1956. A lot of great Hollywood people were there including Doris Day, Lana Turner, Zsa Zsa Gabor, Ginger Rogers, and many others, as well as Diana Dors who was just getting her start in Hollywood. 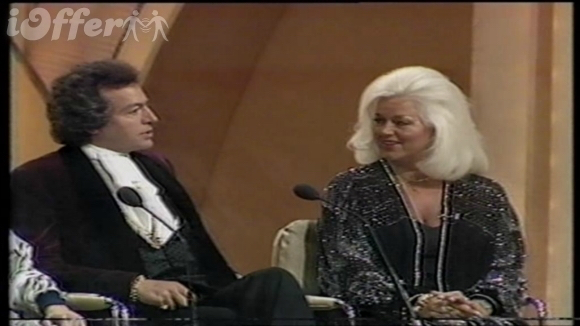 Source: IOffer– English Muffin Diana Dors, this is your life

It was very crowded around the pool and Diana and her husband and others, got pushed in the pool. Hamilton not being the ready for prime-time player that he was, the man wasn’t even a Hollywood agent and was sort of Hollywood’s version of an assistant tennis pro who survived only on his ability to get wealthy women like Diana to help him and take care of him. The man was a career amateur who thought more of himself than he ever was, gets up out of the pool and decks a photographer that was covering this scene. Hamilton and his adorable gorgeous wife Diana, naturally are kicked out of the party and by all intents and purposes are kicked out of Hollywood. 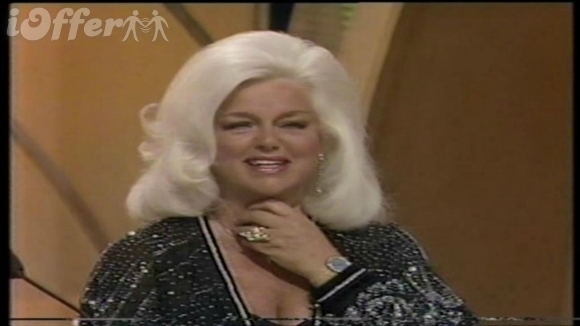 Source: IOffer– English Muffin Diana Dors, this is your life

But Diana goes back to England and is pretty much never heard from again in Hollywood, which was fine with her but a huge loss for the American movie and entertainment audience that would’ve loved to have her working her for the next 30 plus years. Because she really was a great entertainer and not just great to look at. A helluva actress, who was very funny and was a very good singer as well, but other than Richard Dawson had a bad habit of marrying men who couldn’t take care of themselves and were very needy and lacking in ability and needed her to take care of them.

Who knows, had Diana left her husband with a babysitter and went to the party by herself that night, that scene with her and others getting dumped in the pool accidentally might have still happened, the difference being that Diana was a pro and grownup ( unlike her husband Dennis Hamilton ) and would’ve handled it professionally and got out of the water and there would’ve been people there to help her dry off and sent to a bedroom to change and everything else and life would’ve moved on and perhaps Diana Dors has a great career in Hollywood, instead of a very short but memorable career. But this is one of those things that we’ll just never know.