This debate about liberty versus equality as if that is a real choice which it isn’t and I’ll get into that later, reminds me of a speech that longtime Chicago University Economics Professor Milton Friedman, who described his own politics as liberal ( or classical liberal if you prefer ) gave a speech in 1978 and he talked about liberty in equality in the same speech and made the point to put it simply that you can’t have one without the other.

That without liberty and the ability for people make their own decisions and go as far as they can go on their own and make as good a life that they can for themselves, you can’t have equality at least in the sense that most if not all people want equality which is that everyone living and doing well in society and not being denied access in life simply because of their race, ethnicity, or gender. Sure! You could essentially outlaw wealth and have the central government collect most of the wealth in society and then try to spread that wealth back to the people based on what they believe people need to do well. 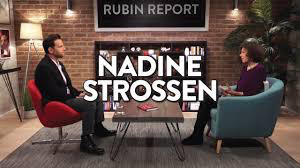 But when you discourage people to do well and be successful you get a lot less of it, because people will expect the government to take care of them, or they’ll believe it’s not worth it to be free and successful in life because government will just punish then for that by taking most of their wealth from them. Or you could have government just outlaw individual initiative and creativity and just have government try to run the economy for everyone like you would see in a Marxist-Communist state and have a country where everyone is poor like in North Korea and a society where only people with government jobs and connections are able to live well.

But when people talk about equality, they tend to talk about it in a sense where everyone is able to live well. Not where everyone is equally poor, but where people are able to succeed in life and live well. And for true equality to occur you have to have good deal of personal liberty and the freedom for people to do well and be able to make their own decisions in life and then be able to collect the rewards from their success. Which comes with investments, risk taking, and even failures.

As far as the main point of Nadine Strossen’s book ( former President of the ACLU ) a woman that I have a lot of respect for and who I love politically for her liberal politics, she’s just damn right about this. You way to counter hate speech is not trying to shut it up through force, but by counteracting it through intelligent free speech. Make the case for why some hateful asshole is exactly that and why what they believe is hateful.

The First Amendment was written for people who think outside of the box and say controversial things. Even to the point that they’re not just criticizing people, but saying things that can be hurtful. And even saying things that are hateful, but just plain wrong like labeling an entire ethnic or racial group as criminals, invaders, rapists, etc. And perhaps you’re familiar with a certain national politician who has done those things in the last few years.

I can’t end this piece without talking about personal liberty here as well since that it part of the title of the piece. There is so such thing as freedom without personal liberty. Not just talking about economic freedom which is also critical in any liberal democratic free society, but also the freedom for people to think and say what they want short of inciting violence and falsely accusing people, or harassing people. But the freedom for people to make their own personal and private decisions and live their own lives and do what they want to do, short of hurting innocent people with what they’re doing. Freedom of choice and the right to privacy which I believe as a non-lawyer protects freedom of choice in America and engage in activities that some religious folks might see as immoral, is just as important as our economic freedom and right to free speech.