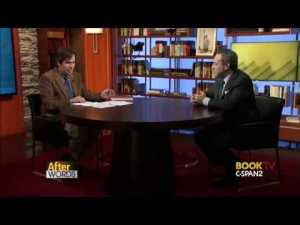 Maybe Trumpocracy is another way of talking about the new highly rated Washington reality TV show known as The White House, with Donald Trump. I say highly rated and not highly successful, because it’s not successful at least as far as far as how the American people think of it. Anytime 3-5 voters don’t like the politician that is supposed to represent them whatever the office is, that politician is not doing well. 3-5 Americans don’t like the job that President Trump is doing, don’t like him personally, and don’t trust him. He’s in Richard Nixon territory as far as how unpopular he is with the American people. But his new show and perhaps Amateur Night at The White House, would be a better name for President Trump’s latest reality TV show, is highly rated.

In 2016 we saw the John Birch Society/George Wallace/Ann Coulter/Pat Buchanan right-wing populist ethno-Tribalist-Nationalist presidential candidate, but with a personality, as well as great sense of humor and even likable at times in Donald Trump. And yes, Donald Trump is a very funny man ( even intentionally ) and even likable when he’s in small spaces and groups. This is a political faction in America that has been around since World War I at least in America that views conspiracy theories as real news like Vice President Lyndon Johnson ordering the assassination of President John Kennedy. And real news as fake and establishment news. Who don’t trust institutions especially non-partisan institutions like the CIA and FBI, simply because they can’t be controlled by partisans. And operate independently even from the President.

I view Donald Trump as wannabe dictator who picked the last country in the world to try to become a dictator in the United States of America. Sort of like a village idiot who tries to rob a bank with just a leaky water gun at 12 noon on a Monday and wonders what went wrong and how come people were just laughing at him instead of giving him their money.

President Trump knows he can’t shut down the private media because we have a guaranteed free press and his administration simply wouldn’t allow for him to even try that. So he calls them fake news at least when they report negative facts about him. Which is most of the time. He says his entire intelligence community is wrong when they say that Russia interfered with the 2016 presidential election. He accuses people that he personally appointed as being disloyal and part of the establishment when they don’t shut down the Russia investigation and even expand it when new facts and evidence come to light about the Trump Campaign’s involvement with Russia during the 2016 election. Because he’s smart enough to know he can’t control these investigations and what Congress does by himself. So he instead attempts to make them look corrupt. He’s a wannabe dictator in the wrong country and doesn’t like accountability and limited power.

In some ways Donald Trump is the worst nightmare and horror movie coming to real life and part of that is because he’s now the President of the United States. Literally the most powerful and most important country in the world, the greatest country in the world as far as how powerful and influential in the world. But part of why we’re so strong, powerful, and great, is because of our checks and balances, our accountability. Which was designed in case someone like Donald Trump ever became President. The reason why we’ve been able to avoid nationalist populist authoritarians from coming to power in America and why countries like Russia, Poland, Venezuela, haven’t, is because of our checks and balances. And is something that Donald Trump is learning the hard way.