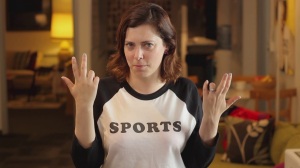 Source:Skeptic Magazine– Comedian Rachel Bloom, on how she became a Skeptic.

“Rachel Bloom (creator and star of the American romantic-comedy-drama Crazy Ex-Girlfriend) shared with us a few of the defining moments in her life that led to her becoming a card-carrying skeptic.

Tell us your story and become a card-carrying skeptic!
Learn how at:Skeptic”

I believe anyone who is a realist and just doesn’t call themselves a realist because they have some need to have people believed they’re smarter and more advanced than they really are, but literally lives by the attitude or practice of accepting situations for what they are and not over or underplaying things, but seeing everything for what it is based on the best available information at the time, is not just going to be a skeptic but a natural skeptic. As well as one of the least romantic people you’ll ever meet. Not a bad person, necessarily but not someone who doesn’t have big dreams generally.

A skeptic is Probably not a fan of romantic comedies and certainly not romance novels and not someone you want to spend a day watching a holiday movie marathon of romantic comedies on The Hallmark Channel or some other network. Not someone who is going to say, “dreams really do come true.” But instead will be the person that not just tells you what they know and what they’re thinking and will kick your butt verbally when you need it because they’ll tell you when you screwed up and perhaps tell you how you can fix the problem or problems. They’ll tell you what you don’t want to hear, because they know its medicine that you need to know to improve yourself.

According to Wikipedia- skepticism is generally any questioning attitude or doubt towards one or more items of putative knowledge or belief. A skeptic will be the last person who is going to get screwed over by someone or something, because the skeptic doesn’t automatically take everything that they hear from someone else at face value. “That person must be telling the truth because they would’t hurt me or are not stupid.” Really? That might be true but if that person just happens to tell the same thing to a skeptic, the skeptic won’t automatically take whatever that person said at face value, especially if what that person said doesn’t match up very well with reality. Doesn’t match up with the best available facts and evidence on the ground.

I believe skeptics are people who have generally been screwed over by others in the past and simply hate that feeling to the point that they don’t want that to happen to them again. So a wealthy man lets say who perhaps isn’t the best looking man around who has a history of being involved with beautiful sexy women who later get a lot of money and other property from the man and perhaps even win judgements against the man, that guy especially if they’re still a wealthy man even after dating all the gold diggers, will have hopefully have learned their lesson. Especially after already being played by 3-5 gold diggers in the past and will think long and hard about getting involved with another beautiful sexy woman in the future, especially a younger woman and make preparations in the future. Especially if that guy already has kids who are grown up.

Now, someone who doesn’t have a history of being screwed over but has been very skeptical all along just from being on Planet Earth especially in America and knowing that there are a lot of Americans who want the truth to be better than it is, as well as having a habit for telling people what they want to know instead of whatever the truth is, that is the person that you want to get to know. Even if you do love romance and even romantic comedies and holiday movies, because you’ll always know where that person is emotionally, what they’re thinking because they’ll tell you. And you’ll end up learning a lot from that person. You also might come down with a case of depression, because a lot of news in the world and what’s going on can be tough to hear. But if you’re a mentally healthy intelligent person, you’ll not only get a lot from that person but be able to handle that information as well.

I’m not saying people should be negative or positive, optimistic or pessimistic. I’m saying they should be real and always live on Planet Earth. Unless they’re an astronaut and then I guess there will be times when they leave the real world. But seriously, always know what’s going on so you can make the best available decisions and adjustments that you possibly can. The three most valuable tools that any person can have in life are their health, time, and information. Without your health, you really can’t do anything and you might not even be conscience anyway. Without time, well you can’t do anything either because you’re always out of time.

But without valuable credible information even if you’re healthy and manage your time well, you’re going to make a lot of mistake simply because you don’t know what the hell your’e doing. A person that Rachel Bloom might call can asshole. Someone who is skeptical or is a skeptic, will simply make the best decisions they possibly can because they’re always operating under the best information. Thats all.

Full-time blogger on a multiple ray of topics and subjects, because of multiple interests.
View all posts by Erik Schneider →
This entry was posted in Skeptic and tagged America, Cynical, Cynicism, Hollywood, Rachel Bloom, Realism, Realist, Skeptic, Skepticism, United States. Bookmark the permalink.