.
This post was originally posted at FRS Daily Times on WordPress

Sean McDonough “Touch them all Joe, you’ll never hit a bigger home run!” Referring to Blue Jays outfielder Joe Carter who hit the winning walk off home run in Game 6 to clinch the 1993 World Series for the Toronto Blue Jays. Giving them back to back championships.That is what game 6 of this World Series was all about. The Phillies playing for their season and just for the opportunity to get to game 7 to have another opportunity to win the 1993 World Series. The Blues Jays, playing to defend their 1993 MLB World Series Championship. And win this World Series so they don’t have to play a game 7 and risk losing this World Series. And that is what made this game so great. Because the Phillies had to win it and did their best to do so. 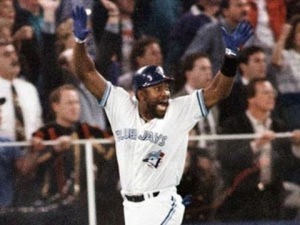