Jodu Meper: James Whitey Bulger: The Making of a Monster 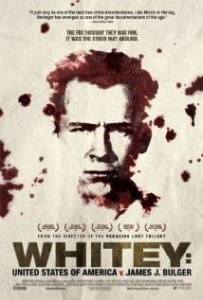 Off the top of my head I don’t know of more successful (and I don’t mean that as a complement) Irish-American mobster than James Whitey Bulger. He is the baddest Irish gangster as far as the amount of damage that he’s done in his life to other people. Being personally responsible for at least nineteen murders. And not being convicted of any of them until his early eighties. Here’s a guy who started his criminal career in his early teens and was able to keep it going until his early eighties without spending much of that time in prison. We’re not talking about John Gotti, or some other uneducated Italian mobster. We’re talking about an educated intelligent mobster who used his knowledge of the real world to work the system during his criminal career.

The mind-control program that Whitey was part of in Federal prison in the 1950s certainly didn’t help him. And if he doesn’t go through that it would’ve been a great thing for society. He would have spent more time in prison as a result with fewer people being murdered by him. But he was already a bad guy to begin with that had no issues killing anyone who he thought was a threat no matter the consequences that came from it. Not so much to him, but the relatives and friends of his murder victims. The Federal prison mind-control program was a mistake and should have never been started. But you can’t say that is the reason why Whitey became the serial murderer that he became. Again Whitey was doing horrible things before gong to Atlanta and then later Alcatraz.

You could say that Whitey Bulger is the worst piece of garbage that was ever thrown out (and I’m being nice) and again when it comes to his criminal career I would have a hard time arguing with that. But he did have people in his personal life that he loved and took care of. Long-term girlfriends and people who loved him. As they say he was someone who was able to compartmentalized. He didn’t bring his work and I guess evil at home which just made him even more dangerous. Because it meant people around him didn’t know who he really was and he really operated. And fewer people who could turn him in and put him away. Whitey isn’t the baddest Irish mobster because of all the people he murdered. But how he was able to murder all of those people. The intelligence and skills he brought to his criminal activities.