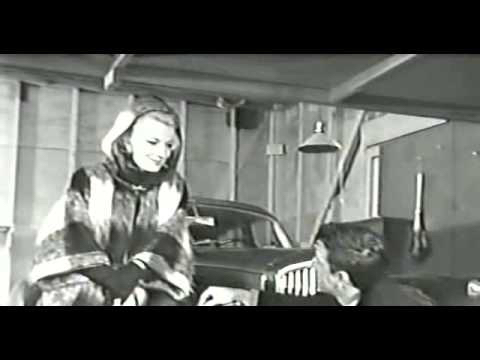 This is one of the better episodes of the Alfred Hitchcock Hour, simply because of the people in it. You have two up incoming actors Diana Justin, played by Hollywood Goddess Gena Rowlands and Lee Griffin, played by John Cassavetes, who were once a couple themselves, who meet again on set in London for a play they’re in. They discover that they’re still hot for each other and want to get back together. The problem is, Diana is married to Charles Justin, played by Murray Matheson. Charles, is a very wealthy jewelry dealer, who is also old enough to be Diana’s father. To put it mildly, Diana is not with Charles because she loves him. But that is fine with Charles, as long as she makes him feel good.

This new couple, sets out to murder Diana’s husband. They fail once with the breaks in Charles’s car and try it again. Another thing I like about this show, is Charles is not rich, because he’s stupid, or dense. He knows that Diana and Lee are back together and might even try something dangerous. Which is why he sends his wife on vacation to get her away from her boyfriend. Diana, figures out that Charles is on to her, but Charles still wants her. And if you’re familiar with Gena Rowlands, you can easily see why. Doesn’t take a genius, or even someone with average intelligence to figure it out. And Charles, is not going to give up his goddess wife without a clean fight.

Murder Case, despite its simplistic and dull as a brand new pencil title, is one of the better episodes in the Alfred Hitchcock Hour series. It has a great cast and a great plot. Normally in shows like this when the older wealthy husband figures out that his young gorgeous sexy wife, is having an affair with a young man, he dumps his wife as soon as he can. He hires detectives, he gets all the evidence that he needs to get a clean divorce. So he doesn’t have to pay his cheating wife anything. But Charlie, fights for his wife and knows exactly what is going on all the way up to the end. And is just one example of why this is such a great show.