Barry Kibrick: Dyan Cannon on Between the Lines: Life With Cary Grant

Posted on September 6, 2015 by Kire Schneider 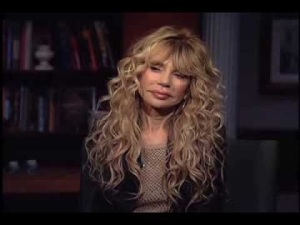 Source: Barry Kibrick: Dyan Cannon on Between the Lines: Life With Cary Grant

I didn’t get much out of this interview, but I can speak about Cary Grant and Dyan Cannon two of my favorite actors, as well as comedians of all-time. I bet they were laughing the whole time during their marriage just because of how off the cuff quick-witted they were and Dyan’s case she still is. In Carry Grant’s case I believe we are talking about the best actor ever and I mean actor as far as men. Perhaps the funniest actor and physical comedian ever as far as his delivery and improvisation. And in Dyan Cannon’s case you’re talking about one of the best actress’s of her generation. People born in the mid and late 1920s and the 1930s. As well as one of the best looking.

Cary and Dyan, were together in the mid and late 1960s. Cary’s career was slowing down and he had time to have a strong relationship with a beautiful sexy women like Dyan Cannon who was going to become a Hollywood Goddess and one of the top actress’s of the 1970s and the 1980s. So I guess that gave Cary an opportunity to show a young beautiful baby-faced adorable actress like Dyan Cannon the ropes of the business so to speak and perhaps finally start a family with a women. Which is what Cary and Dyan did in the mid 1960s. Cary Grant would go on to live another twenty years after getting together with Dyan Cannon, but never regained the stardom that he had in the 1950s.

Dyan Cannon, has had some great roles in some of my favorite movies. The Last of Sheila, which she did in 1972 with another Hollywood Goddess Raquel Welch. Shamus, in 1973 with Burt Reynolds, The Doctors Wives in 1971, Caddyshack 2 from 1988 which is a hell of a lot better than the original Caddyshack from 1980. And she’s a women whose somehow managed to stop aging after she hit 30, or something and still looks incredible today with that gorgeous baby-faced, adorable personality and great sense of humor. Not the great career of a Liz Taylor, or a Lauren Bacall, but she’s had a great career and has made a great impact on Hollywood and perhaps is still the best Los Angeles Lakers fan alive.