Thom Hartmann: Caller- ‘We Need to Repeal The 2nd Amendment!’ 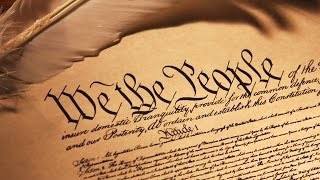 Thom Hartmann and even the caller to a certain extent, even though he called for repealing the 2nd Amendment, actually sounded reasonable here. Look, I’m for what I and probably most Democrats call sensible gun control, or commonsense gun control. And what is that? We know who buys and has guns in America. If you’re not a criminal and not mentally handicapped in anyway and are lets say 18 or over, you could own as many guns as you want from gifts and purchases. But if you had history of violence, especially towards innocent people, whether its criminal violence, or you’re mentally handicapped and you don’t know what you’re doing, you don’t have that right. Thats all I’m talking about.

And you did a national independent non-partisan poll, lets say from Gallup, or some place like that, you would get probably 3-5 of the vote in favor of a system like that. Before you buy a gun, or receive one as a gift, you go through a 24 hour background check. You pass that and you get, or keep your gun. You don’t pass that and you don’t. We don’t need to repeal the 2nd Amendment to accomplish that. We need a solid majority in Congress, both House and Senate that believes in commonsense and doing things like this. That also believe mental health care is as important as physical health care. That we fully fund mental health care in America. And we could do that simply through the insurance system. And stop releasing mentally handicapped people, because we can’t afford to take care of them.

And we also don’t need big government coming in and saying that firearms are only for, well big government. Other developed democratic free countries, may not have the Right to Self-Defense. But those countries also allow for their citizens to own firearms. But they also have commonsense gun control policies, to keep guns away from violent criminals. And allow for their responsible law-biding people to own and use firearms. Just as long as they aren’t shooting innocent people. We could do that in America, while keeping our 2nd Amendment in place and electing a responsible commonsense Congress and replacing just one of the Supreme Court Justices, that see the 2nd Amendment as absolute. While they compromise on the rest of our constitutional rights.

1 Response to Thom Hartmann: Caller- ‘We Need to Repeal The 2nd Amendment!’