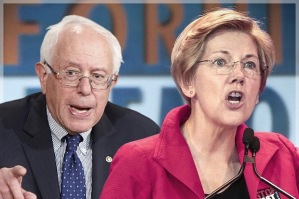 “Sen. Bernie Sanders, the lifelong crusader for economic justice now running for the Democratic presidential nomination, has serious civil rights movement cred: he attended the historic 1963 March on Washington, where Dr. Martin Luther King Jr. and a quarter million people changed the country’s course when it came to race. It would be wrong and unfair to accuse him of indifference to issues of racial equality.

But in the wake of his picture-postcard campaign launch, from the shores of Vermont’s lovely Lake Champlain, Sanders has faced questions about whether his approach to race has kept up with the times. Writing in Vox, Dara Lind suggested that Sanders’ passion for economic justice issues has left him less attentive to the rising movement for racial justice, which holds that racial disadvantage won’t be eradicated only by efforts at economic equality. Covering the Sanders launch appreciatively on MSNBC, Chris Hayes likewise noted the lack of attention to issues of police violence and mass incarceration in the Vermont senator’s stirring kick-off speech.”

“U.S. Senator Bernie Sanders tells Thom Hartmann why he decided to run for President of the United States in 2016.

If you liked this clip of The Thom Hartmann Program, please do us a big favor and share it with your friends… and hit that “like” button!”

Joan Walsh mentioned in her piece, that Bernie Sanders attended Dr. Martin Luther King’s 1963 I Have a Dream speech. Sanders, was a college student at this point. And she also suggests that Senator Sanders not making race and so-called racial and class issues not a part of his presidential campaign is some how a mistake.

But, what is Dr. King’s Dream? A society where his children wouldn’t be judged by the color of their skin, but by the content of their character. He wanted a race-blind and color-blind society. Dr. King, is a hero of Senator Sanders and their politics, especially on economic policy are very similar. Dr. King, would be called a Democratic Socialist today as well. And perhaps would even embrace the label like Senator Sanders.

This is going to sound strange, given that Bernie Sanders is a Democratic Socialist and all, but he’s the voice of reason, or Moderate on the New-Left in America. Senator Sanders, presidential campaign won’t be about racial and class issues. But building a society where all Americans regardless of race, ethnicity, however else they were born, can succeed in America.

You don’t get to a racial and color-blind society if you’re always race conscience and judging people by race and color. And automatically assuming they look at the world in a way, because of their complexion and how they were raised. You get to a color-blind America by not judging people by their race and not always focusing on it. But instead judge people, as well, people, as individuals. Which I know is a radical notion for the Far-Left in America.

Bernie Sanders, similar to Barack Obama in 2008, who was criticized for the same thing by the Far-Left in America, is running for President of the United States. Not to be the President of this leftist group, or these group of Americans, or this section of America, or that one. And you only accomplish that by bringing, especially Democrats in the primaries behind you and to your campaign. Not by playing class warfare and having this group on your side, while you kiss off other Americans. Barack Obama, doesn’t win Indiana and North Carolina, or Virginia in 2008, by running as the African-American President. And telling Americans: “Its our time! Time we elect an African-American president and I’m that candidate!”

As much as the Far-Left in America says they love Martin King, they simply don’t understand him, or agree with his dream. They’re not looking for a colorblind and race blind America. But to continue that, but do it differently and instead of having African-Americans be judged by their race from redneck and preppy Caucasians, have minorities and so-called Progressive Caucasians, judge Caucasians they disagree with by their race. And blame all of America’s troubles on so-called White bigots and White bigotry.

But again Bernie Sanders is running for President of the United States. And wants to create America where all Americans can succeed and do well. And not fail or succeed, because of how and where they were born.