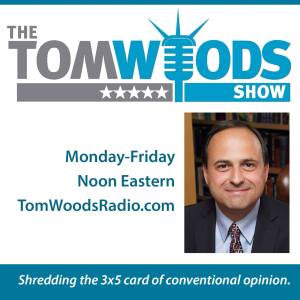 “Author James Ostrowski discusses progressivism, what it is, and how it can be resisted. Subscribe to the Tom Woods Show…

What I’m going to do with this piece, is to layout what progressivism and Progressives are and what they aren’t. I’ll start with what they are not. They aren’t Socialists and Statists, democratic or otherwise. Bernie Sanders, Ralph Nader, Dennis Kucinich and many other Socialists, aren’t Lyndon Johnson, Harry Truman and Franklin Roosevelt. They are way to the left of FDR, LBJ and Harry Truman. Progressives, believe in the good of government and even expansionist government.

Progressives, see government more as an insurance system that people can use to empower themselves and live as good as a life as possible. Especially people who need opportunity to do better in life. And that government should be there to do things that we as people can’t do for ourselves or do as well. Infrastructure, national security, law enforcement, foreign affairs, regulatory state, to protect the innocent from predators, but not to run the economy. Safety net, for people who are down to help them out, but to also help them get back up.

A lot of today’s so-called Progressives who either have adopted the label, or have had it put on them, really aren’t. Progressives, don’t believe most non-Caucasians in the criminal justice system are innocent. They are not anti-law enforcement, or even anti-military. Under FDR and Truman, Progressives built the national security state. America, became the military and diplomatic power in the world under FDR and Truman. Progressives, are also not conspiracy theory prone. And throw out ideas that 9/11 was an inside job, orchestrated by the Bush Administration. To use as an example.

If you really want to learn about progressivism, read up on FDR, Truman, LBJ and read and listen to their speeches. When it came both to economic, foreign and national security policy. Check out Senator Sherrod Brown, perhaps one of the few true of classical Progressives in Congress. Now that the Democratic Party has such a large social democratic wing in Congress, especially in the House. Listen to Senator Brown give a speech on the economy and the importance of the middle class. And things like infrastructure, the importance of manufacturing and small business in America. And you’ll have a pretty good idea of what progressivism really is and how its different from democratic socialism.