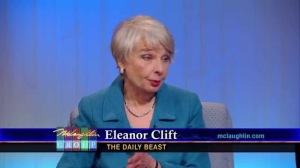 As far as Martin O’Malley beating Hillary Clinton next year, no one is expecting him to do that. But plenty of upsets have happened inside of the Democratic Party during presidential years in the past. And all the Democratic nominees coming out of nowhere were all serious intelligent candidates, who were successful in their current and previous jobs. Who were great politicians and communicators, who very likable and spoke very well to the Democratic base. Jimmy Carter, Bill Clinton and Barack Obama. All current or former President’s of the United States. Martin O’Malley is just as good as a politician as Jimmy Carter at least and perhaps Barack Obama.

As far as the NCAA. Why should just student athletes not be able to earn money while at college either though their field or outside of their field? Why should athletes suffer, while law students, medical students and everyone else are not only allowed to work their way through college, but earn money while at college. And a lot of these athletes come from lower-middle class to low-income families. Where their parents can’t afford to pay for their cost of living and send them money while they’re at college. They don’t have to worry about their schooling, but they have to be able to pay their other bills while their at school.

As far as Carly Fiorina, she is less accomplished than Mitt Romney as a politician. Which is sort of the death knell for a potential serious presidential candidate. Had she defeated Senator Barbara Boxer in 2010, then maybe she would be a serious candidate right now. Because she could say that she’s one statewide in one of the bluest states in the country. And now has foreign policy experience on the Foreign Relations Committee or Armed Services Committee. She has business experience and was a successful business executive and everything else. But that didn’t happen and now she looks like someone who is just trying to get any big job and get her name in the public eye.