Posted on February 18, 2015 by Ederik Schneider

You can talk about all sorts of ways of improving pensions and the retirement system in America that is a public/private system. But some things we shouldn’t do at all because they would be bad for the system. Give the U.S. Government a monopoly when it comes to retirement in America. That would be one bad option. And the other bad option would be to take security and insurance out of the Social Security system and make sure that is always there for people who truly need it. And instead talk about ways of improving private pensions and retirement accounts in America instead. 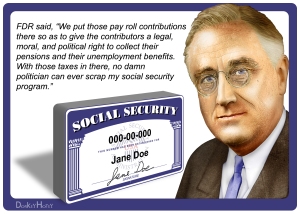