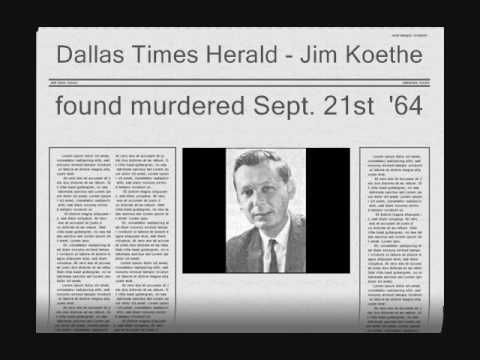 Source:Helmer Reenberg– This is about Jack Ruby and a meeting that he had in his apartment, perhaps about the JFK assassination.

“Assassination of John F. Kennedy, mortal shooting of John F. Kennedy, the 35th president of the United States, as he rode in a motorcade in Dallas, Texas, on November 22, 1963. His accused killer was Lee Harvey Oswald, a former U.S. Marine who had embraced Marxism and defected for a time to the Soviet Union. Oswald never stood trial for murder, because, while being transferred after having been taken into custody, he was shot and killed by Jack Ruby, a distraught Dallas nightclub owner.”

Apparently there was a meeting in Jack Ruby’s apartment in the Dallas area the day after the JFK assassination. And even if we do know who was at that meeting, we don’t know what that meeting was about. Only the people there know and at least one of them is dead, that being Jack Ruby.

Here’s what we do know: Jack Ruby knew Lee Oswald prior to killing Oswald. Ruby not only had associates who did work for the Italian Mafia and perhaps other organized criminal gangs in Dallas. Oswald hated Jack Kennedy, the Mafia hated Jack Kennedy and Ruby was one of their associates and killed one of the men who knows most of it not the whole story surrounding the JFK assassination.

Which leaves people including myself to speculate do we know everything about this assassination and how many people exactly were involved. Did Lee Oswald have help, or was he by himself.

3 Responses to Helmer Reenberg: ‘The 1963 Meeting in Jack Ruby’s Apartment’