Stereo Oldie: Experiment in Terror in 1962- Terrorist on The Loose 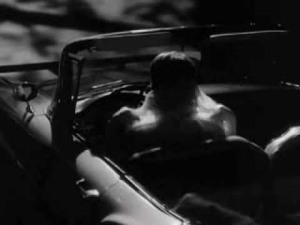 Experiment in Terror is one of the best action/thriller mystery/suspense movies that I’ve ever seen and perhaps is ahead of its time. At least as far as how the bad guy the terrorist in the movie was able to get so much intelligence on his potential victims. How he intimidated them and how he also used them. Ross Martin plays the terrorist in the movie and he’s not someone who blows up banks, airports, houses, what have you. But is someone who has a very simple and basic goal. Rob a bank to collect somewhere around hundred-thousand dollars, but only uses one employee to get him the money.

The terrorist uses Kelly Sherwood played by Lee Remick who is a bank teller at this San Francisco bank. And tells her, “you rob the bank for me and get me the money, or I’ll kill you and your sister”. He has so much information already on Kelly Sherwood and her sister Toby played by Stefanie Powers, before he puts this terrorist act into action. Kelly is young women working at the bank. Toby is still in high school and the terrorist knows all of this and even what high school Toby goes to.

The terrorist Red played by Ross Martin, tells Kelly that if she goes to the police or FBI, that he’ll kill her and her sister. He underestimates her and the amount of intelligence and courage that she has and she calls Red’s bluff, (no pun intended) goes to the FBI anyway behind his back so he doesn’t know about it, but he figures it out anyway, but doesn’t come through on his threat at least right away. So Kelly is playing along with Red and not really giving him anything, while the SF FBI led by John Ripley tracks down the terrorist. This is a great movie and I’ve seen it several times.