Posted on December 25, 2014 by Ederik Schneider 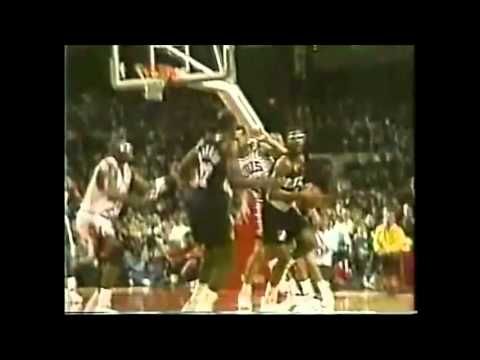 Source:Unforgettable Bulls– The Blazers and Bulls from 1992.

What was supposed to be a preview of the 1992 NBA Finals, as this game turned out to be between the Blazers and Bulls, was also a blowout. The Blazers of the late 1980s and early 1990s were a very talented, deep all around great team with no real clear weakness’. They essentially replaced the Los Angeles Lakers as the top run and gun fast break athletic team. But that was only when they were on.

The Blazers were an up and down club as far as consistency that would still win 58-62 games a year, but not because of their consistency. But because they would go on long streaks followed by sloppy streaks. And get it together in time for the NBA Playoffs. The only consistent thing about the Blazers of this era, was their leader the Clyde Drexler. Who without Michael Jordan, is perhaps considered the best player of the 1990s.

I think the Detroit Pistons of the late 1980s and early 1990s had more talent than the Bulls. More great All Star caliber players, but I think the Bulls were better and had more talent and not just because of Michael Jordan. But throw in Scottie Pippen who would’ve been the best player on a lot of other teams in the NBA at this point. Similar to what the Lakers and Celtics had in the 1980s and Bulls proved this in the 1990s.