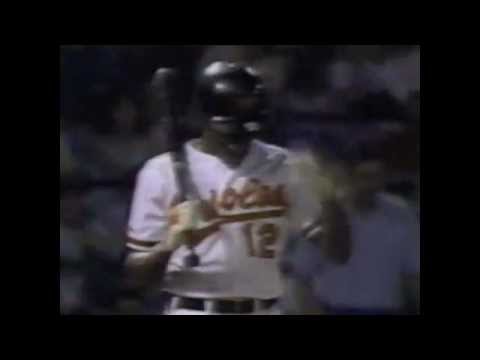 “The 1988 Baltimore Orioles started the ’88 season 0-21 and finished that year with a record of just 54 wins, and 108 losses. So when the 1989 season began, no one gave the Orioles a chance to even compete. But the young and hungry Orioles had something to prove, going 87-75 and finishing just two games out of first place in the American League East. During that season, the term, “WHY NOT?”, was coined by Oriole fans, and it has lived with us since that magical season.”

From the Baltimore Orioles

This was certainly one of the highlights of the 1989 Orioles season, that again had their been a wildcard back then, the Orioles make the AL Playoffs with 89 wins, but that is a different story.

The 1989 Orioles are what a good team looks like, not a great team, not a talented team, but what a team looks like. How good a team can be when it has a lot of good players and is deep. As well as lets say average players who have big years and big moments for them.

The 89 Orioles were a pitching and defense first team, that would score enough and score when they needed in order to win. Their pitching wasn’t very good in this game, so their offense backed them up and scored enough runs to win and bailout the Orioles pitching in this game.