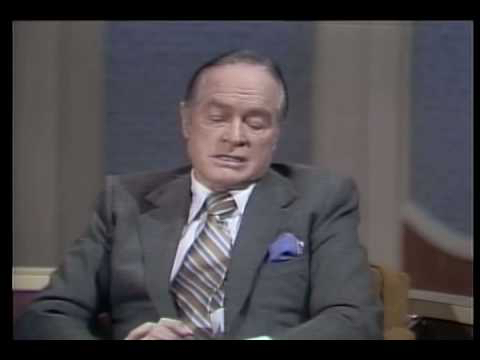 I have no problem with people making a lot of money, especially if they’ve earned all of it. Being successful and wealthy is a big part of the liberal democratic American dream of individualism and success. And in Bob Hope’s case, he is one of the most successful comedians of all-time and also one of the most popular. And as a result has made a lot of money. Just as long as they pay their taxes, the cost of living in America and taking advantages off all the advantages of living in great huge developed free country.

I’m not a huge Bob Hope fan, perhaps that is just the fact is he’s way before my time. I mean the man is older than all four of my grandparents. And my parents had kids real late, so by the time I started watching and following any comedy in the mid-1980s or so, Bob Hope was in his eighties and at the end of his career and even life. Thanks to information technology and the social network revolution and the fact I love all sorts of history, including entertainment, I’m able to follow his career a little bit.

I could see why I guy named Leslie, especially in America would want to change their first name. But why Bob, why don’t you go for something a lot more common, like Ahmad, or Antonio, or DeAndre. You know, so you’re not simply known for your first name. I’m kidding of course, but if you’re looking for a boring American first name, you can’t do much better than Bob. “Back to you Bob, good job Bob.” Also a very easy name to make fun of, sort of like Dick.