BFI Trailers: The Bad and The Beautiful 1952- A Look at Hollywood Life 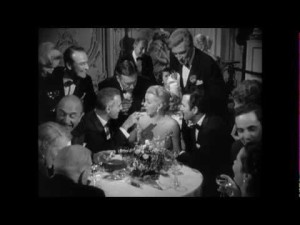 Source: BFI Trailers: The Bad and The Beautiful 1952 Trailer

I’ve seen The Bad and The Beautiful I guess five times now and it is a very good look inside the lives of Hollywood workers. The life of the star actress Lana Turner, who has a very complicated life and is a very complicated person in general. Just like in real life and you have the up incoming producer played by Kirk Douglas. The up incoming director played by Barry Sullivan and the studio boss played by Walter Pidgeon. As well as a successful author played by Dick Powell, who is brought in to write for movies and becomes a screenwriter.

What all of these characters have in common, including Kirk Douglas, character Jonathan Shields is that they all get screwed by Jon Shields. Or used to put it in a lighter way, but they are all taken advantage of to the point that it puts Shields out of business and he has to start over. Shields jacks Fred’s movie script played by Barry Sullivan, which obviously breaks up their partnership. Shields makes a big star out of the Lana Turner character and makes her believe he’s in love with her. When he’s actually involved with another women, who I guess is next on his list for stardom.

The Jon Shields character played by Kirk Douglas, is basically a charming prick who is talented, but is lacking character, experience and perhaps even judgement to be a big star. At least he’s not ready yet and ends up using talented people to further advance his career. And you see that the people he use are able to bounce back and do better without Shields, while Shields at the end is just struggling to work his way back to where he was before. It is a very good movie about how movies are made in Hollywood.