A Freedom of Speech Fighter: Real Time With Bill Maher- ‘Is Alabama The Stupidest State in America?’ 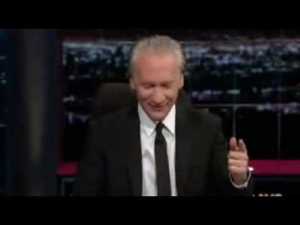 “Damn those homosexuals and their book learnin’!”

I Alabama the stupidest state in the union? Well, if it wasn’t part of the United States, it would probably a third-world country. Well, maybe third-world is a little insulting, but perhaps 2nd world. I mean we’re talking about a state where Judge Roy Moore seems to represent the values of that state. Where their state motto seems to be: “Hey, we maybe be last in education and intelligence, but at least we’re number one in football and making up things that Jesus said and believed in.”

So if you want to look at the stupidest state in the entire United States (and there’s a long list to choose from) look at states that values their religious beliefs and values over intelligence, reason, and evidence. As well as states with a lot of poverty, both urban and rural, because they’re so undereducated. And Alabama, along with Mississippi, Arkansa, West Virginia, and others will be towards the top of your list.

1 Response to A Freedom of Speech Fighter: Real Time With Bill Maher- ‘Is Alabama The Stupidest State in America?’