Nonstop Sports: Muhammad Ali: The Greatest of All Time 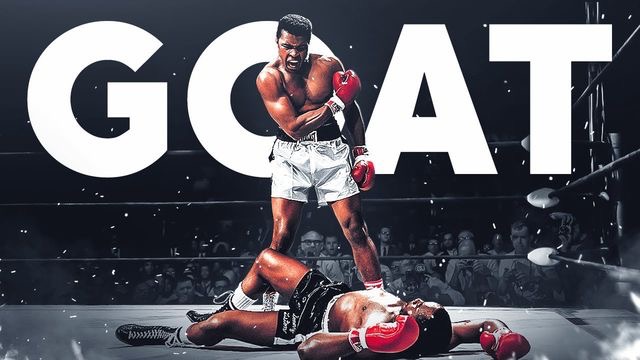 “The unbelievable life story of Muhammad Ali, the greatest boxer ever, and the most influential athlete of all time.

There have been better punchers, boxers with better records or more victories – but nobody had what Ali brought to the table. He was a phenomenal champion, the greatest entertainer, and the leading activist for human rights amongst all athletes.

Here is the life story of one Muhammad Ali and our take on his greatness – his boxing, his great service to humanity, his famous trash talk, but also his stepping out of line, and stubbornness that kept him in the ring for too long.

Muhammad Ali – The Greatest of All Time.”

Imagine a big tall man 6’2-6’3, probably more like 6’2 whose built like a statue and looks more like an NFL linebacker or running back than a boxer because he’s also 215-220 pounds depending on the fight. And who was all muscle and well-built like a statue. Muhammad was certainly not invincible as we all know now with the state of his health.

Muhammad could take so much more than most if not any other boxer who ever fought. Which allowed him to be able to deliver all the punishment that he did to his opponents. Muhammad Ali fought with a shield that you had to break in order to beat him.

Muhammad knew his opponents as well as himself better than they knew themselves or him. So he was always at least a couple of steps ahead of his opponents and even his own corner.

Muhammad won most of his fights before the fights happened because of all the preparation he put himself through. And being able to sike out his opponents and get them to hate him and wanting to knock Ali out instead of trying win the fight. And Ali would use that against him and simply do his job: “I can hit you and prevent you from hitting me.”

Muhammad: “Even if you land shots, I’m strong enough to take them and hit you back harder. Because I’m built like a tank and with the amount of punishment that I can deliver to you I’ll beat you simply by wearing you down.” This happened against Ron Lyle where both fighters delivered many great shots, but where Ali could simply take and deliver more than Ron Lyle had to offer.

Another way to look at Muhammad Ali is not to look at him as a knockout artist, someone who could knock you out in one or two punches like a George Forman or Mike Tyson. But look at Muhammad as a power-puncher who knocked people out unless they were strong enough to go the distance with 5-10 punches in a row or a hundred punches.

Muhammad got his knockouts by simply punishing his opponents and wearing them down. And what makes Muhammad Ali the greatest heavyweight of all time is his physical strength and stamina, as well as preparation. But also because of his intelligence that he knew his opponents a lot of times better than they knew themselves. And used that against them.