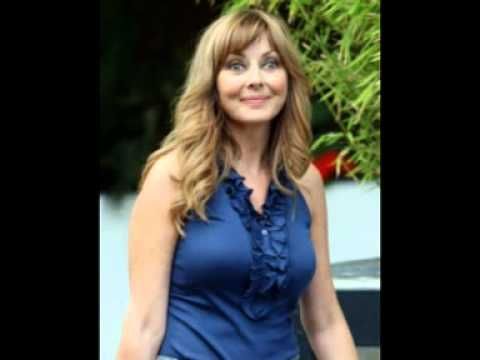 Carol Vorderman is this very sexy beautiful British woman who is like fifty-four years old now. But probably looks and acts like a woman in her mid thirties or around forty. She is a celebrity talk show and game show host in Britain, or at least was one at one point. Not sure what she is doing now, but she is very popular in Britain and pretty popular internationally for her physical appearance.

The way she looks and the way she presents herself. She is known for short tight tops and wearing skin-tight denim and leather jeans as well. And she wears boots with them and wears these tight sexy outfits on her shows and when she’s out in public a lot.

Haven’t seen many women fill out a pear of classic Levis tight skinny jeans better than Carol Vorderman and if she’s doesn’t get a guys attention in those outfits, not many other women will. And she is a pleasure to check out.