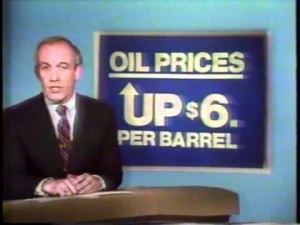 1979 was a very rough year as the summer showed with an energy shortage and high inflation and interest rates and so- forth. And this was after the so-called crisis of confidence speech from President Carter in I believe August of that summer. And after the Iranian Hostage Crisis in November that year. And one of the ironic things about 1979 economically, was that the economy was growing and jobs were created before the recession later that year. But people weren’t feeling that because whatever economic growth there was, was getting wiped out by high inflation and interest rates. The economic malaise and the Great Deflation of the 1970s, a combination of high inflation and interest rates, was the worst economy America had at that point at least since the Great Depression.

But the bad economy was obviously bad enough for President Carter and the Democratic Congress then. And probably enough reason for President Carter to lose reelection and for Democrats to at least lose a lot of seats in Congress, even if Republicans didn’t win back the House or Senate. The Iranian Hostage Crisis late in 1979 was simply the toper to that. The country was still dealing with an energy crisis that a very cold winter and very hot summer that year obviously didn’t help. I actually remember a little of that summer. The country was essentially in crisis mode that year and except for what was going in entertainment and sports which was great that year, especially the World Series and Super Bowl which were both classics that were both won by Pittsburgh, there wasn’t much to be happy about.